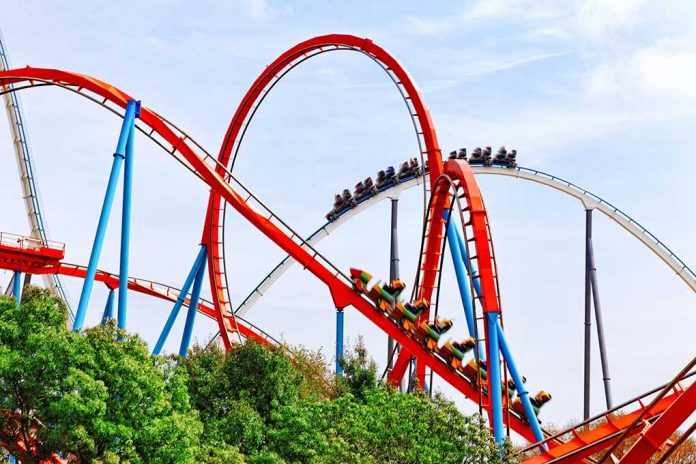 (USNewsBreak.com) – Japan may not be the first place that comes to mind when thinking of top roller coasters, but the country is home to the world’s fastest accelerating ride. The lightning fast Do-DoDonpa coaster once attracted thrill seekers from all over the world. Now, its future is in limbo while administrators decide whether it’s safe to operate.

Park officials at the Fuji-Q Highland amusement park shut down Do-DoDonpa on August 12, citing safety concerns. Reports say some riders suffered from neck and back fractures after going on the roller coaster.

Science certainly does seem to support their accusations. The Do-DoDonpa coaster accelerates from zero to 112 miles per hour in under two minutes, producing three times the G-force experienced by astronauts as they leave Earth’s atmosphere.

Troublingly, Do-DoDonpa’s sordid history didn’t begin when it first opened in 2001. In fact, it operated under normal parameters without causing injury until December 2020, three years after it was last renovated. That’s when they started to hear about broken bones, sprains, and other problems in relation to the ride. A total of six patrons filed reports about injuries suffered while riding the Do-Dodonpa.

An official statement from the park does state that administrators have been unable to confirm a connection between the reported issues and the coaster, at least as of August 20, 2021. However, they continue to investigate in an effort to locate a link.

Officials at the Fujiyoshida City attraction say the shutdown is temporary. They will put it through an inspection and make necessary adjustments for safety. However, they have not clarified when it might reopen. Fingers crossed that someday Do-Dodonpa will run again without inflicting anything but joy.