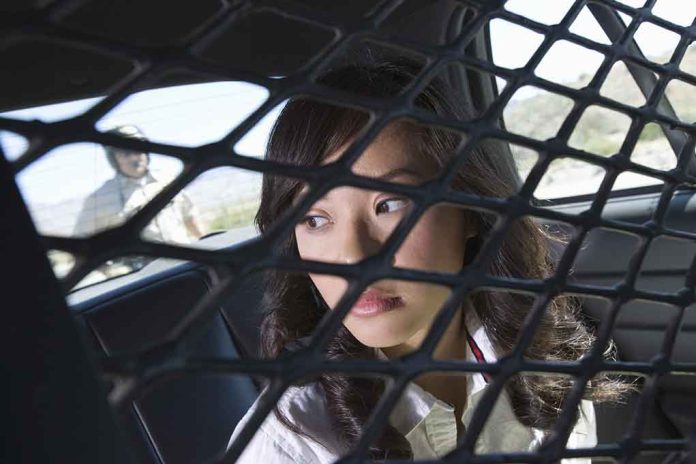 (USNewsBreak.com) – In 2016, after going missing for three weeks, Sherri Papini showed up on the side of a highway with injuries, claiming two women had kidnapped her. However, her story came undone as investigators conducted their probe into the incident. Now, authorities are ready to take action against her.

On March 3, the Department of Justice announced federal agents arrested Papini for making false statements and committing mail fraud. The married Papini allegedly made up a story about Hispanic women kidnapping her, holding her captive and torturing her. Reports say she even injured herself to back up her claims. Investigators say that at the time, she was staying with her ex-boyfriend, who she told her husband was abusing her.

According to accusations, Papini continued her false narrative into 2020, when federal authorities interviewed her. At that time, agents warned her making false statements was against the law. They revealed evidence showing the story was a lie, including DNA from Papini’s ex-boyfriend.

Investigators said that the California mother lied to her ex-boyfriend by telling him her husband was abusive. He said she claimed police refused to investigate, which was also untrue. She never filed reports against her husband.

Authorities say she wasted agency time and took up law enforcement resources that could have gone to people with legitimate needs, including over $30,000 from the California Victim Compensation Board. If convicted, Papini faces up to 20 years in prison and fines as much as $250,000.