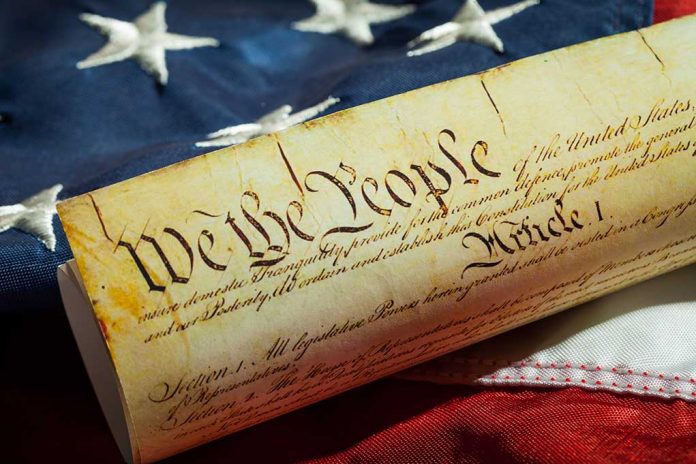 (USNewsBreak.com) – Many Americans believe that America is a democracy. But is it?

Interestingly enough, the term is never used in the Declaration of Independence or the United States Constitution. It wasn’t until after World War I that the word “democracy” was heard in America. President Woodrow Wilson used the term to announce that the US would deliver democracy to the world to create stability and peace.

However, a brief review shows that the founding fathers feared democracy and believed it was destructive. That’s why they created a republic, specifically a Constitutional Republic, instead of a democracy. So, what exactly does that mean?

What Is a Constitutional Republic?

To understand that, we need to talk about democracy first. The word democracy comes from two Greek words: “Demos” (the people) and Kratia (power of authority). It’s a form of government that gives power to the people through the rule of law. However, throughout history, there were different forms of democracy. The common thread was majority rule at the expense of a minority group.

As a result, the Framers of the Constitution labored to make certain the federal government wasn’t based on the will of the majority, which could create another tyranny on the people. Therefore, they didn’t create a democratic form of government. In Federalist No. 10, James Madison wrote that “…instability, injustice, and confusion… have in truth been the mortal disease under which popular governments everywhere perished…”

A republic is an indirect form of democracy. Instead of the majority of people making decisions for everyone, Representatives are chosen through elections to make decisions on their behalf.

There are two primary benefits of a Constitutional Republic:

What Is the Purpose of Government?

This was the central question during the times of monarchs and the enlightenment. In 1689, John Locke’s “Two Treatises of Government” transformed and changed how the world would consider government. The framers took Locke’s work and used it as the foundation for the Declaration of Independence. Namely, the idea of consent of the governed and the right to life, liberty, and property.

In the wake of the Revolutionary War, New York passed three Acts that threatened the very reason the war was fought:

Alexander Hamilton successfully fought against these three Acts, which attempted to strip property from loyalists to the British crown during the war. The laws were extremely popular at the time, and Hamilton faced widespread public anger for fighting against them. It’s a great example of the destructive outcome of democracy.

It’s well established in history that majorities will trample on the individual rights of a person. Hamilton understood that the purpose of the Constitution wasn’t to create a democracy. It was to ensure and further the cause of liberty.

The original Constitution ratified in 1789 established limited government. Only 10% grants power to the government, and 20% of it lists specific things that the federal government and states cannot do in order to protect the rights stated in the Declaration of Independence.

To that end, Benjamin Franklin is quoted to say that America has a Republic, if we can keep it.