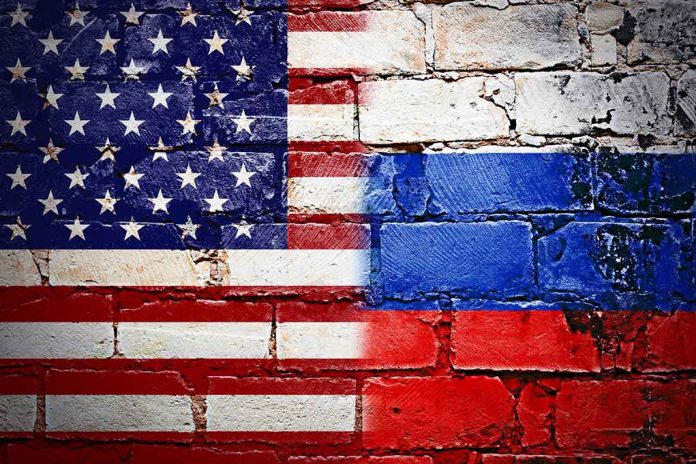 (USNewsBreak.com) – After nearly seven months, the conflict between Ukraine and Russia continues. But recent developments have led to Russia retreating from some cities in Ukraine. Putin spoke up last week to threaten the West, hinting that he would use nuclear weapons if necessary. The US is advising the European leader that if he takes this step, he will regret it.

On September 21, Putin addressed his country in a televised speech. He spoke highly of the efforts in Ukraine, saying the primary goal of the operation is to liberate the Donbas. He also referred to the other nation as neo-Nazis.

The president went on to blame the West for “nuclear blackmail.” He claimed adversaries are threatening to use atomic weapons, and Moscow would defend itself by any means possible. He defined his words as a serious warning, saying, “This is not a bluff.”

President Joe Biden spoke about Putin’s comments at the United Nations General Assembly on September 21. He categorized the remarks as making “overt nuclear threats” and said the Russian leader is acting with “reckless disregard.”

In response to the White House’s comments, Russian Deputy Foreign Minister Sergey Ryabkov exclaimed the United States is twisting Putin’s words and trying to start a panic, according to a Russian State news source.

US National Security Adviser Jake Sullivan also spoke on ABC News‘ “This Week.” He explained the US takes nuclear talk from Russia very seriously and stated leaders have communicated through various means with Moscow to make it clear Washington, DC won’t tolerate the use of atomic measures.

Sullivan remarked Putin has been warned will be “catastrophic consequences” if he resorts to such extremes. He also noted that in such a case, the US and its allies would “respond decisively. He made similar comments during another interview with NBC‘s “Meet the Press,” adding that Putin wants to wipe out “the Ukraine people that he does not believe have a right to exist.”

However, Ukrainian President Volodymyr Zelenskyy appeared on CBS News’ “Face the Nation” on September 25 to discuss his thoughts on what the Kremlin might do. Zelenskyy noted the Russian leader had threatened to use atomic weapons in the past. The Ukrainian president said he doesn’t believe Putin is bluffing, and lamented that he “wants to scare the whole world.”

The week of September 19 not only saw the speech hinting at a nuclear threat but also the beginning of a referendum to annex portions of Ukraine. The Russian leader announced a draft of around 300,000 citizens to fight in his war as well. Axios reported, according to a senior European official, if Putin becomes more distressed, he could play the nuclear card.

Do you think Moscow could escalate the war further? Should there be concern that nuclear action might be Putin’s next step if he feels he is losing in the conflict with Ukraine?