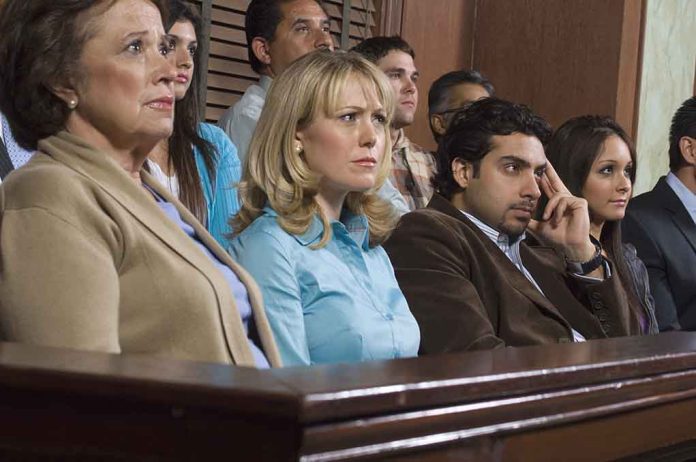 Man Accused of Threatening Life of US Senator

(USNewsBreak.com) – A man from Coon Rapids, Minnesota, made a couple of phone calls in June that got him into big trouble with the law. Brendon Michael Daugherty is in federal custody after a jury indicted him on September 16. He’s facing a count each of threatening to murder a US official and transmitting a threat between states.

The man said he was angry because the Republican Party does not support gun control, according to authorities. https://t.co/XisU53R3gD

Authorities allege that in June, Daugherty left two voicemails for a sitting US senator. In the messages, he reportedly said he would kill the official and alluded that Republicans’ fight to protect Second Amendment rights would allow him to get his hands on a gun despite his disturbed mental state. He also blamed the politician and the GOP for making him act in this manner and forcing him “to become a domestic terrorist,” according to the DOJ press release.

The senator’s staff forwarded the messages to the US Capitol Police. On September 2, the FBI connected with Daugherty, who explained he was unhappy with the Congress member’s actions regarding gun control and wanted to put pressure on the official.

Authorities did not disclose the senator’s identity but did note he was from outside of Minnesota. Daugherty had his first court day on the same day the jury handed down the indictment.

This instance serves as one more example of the threats the United States has recently witnessed against its politicians. Earlier this month, Annapolis man Justin Kuchta was also charged with threatening a member of Congress.