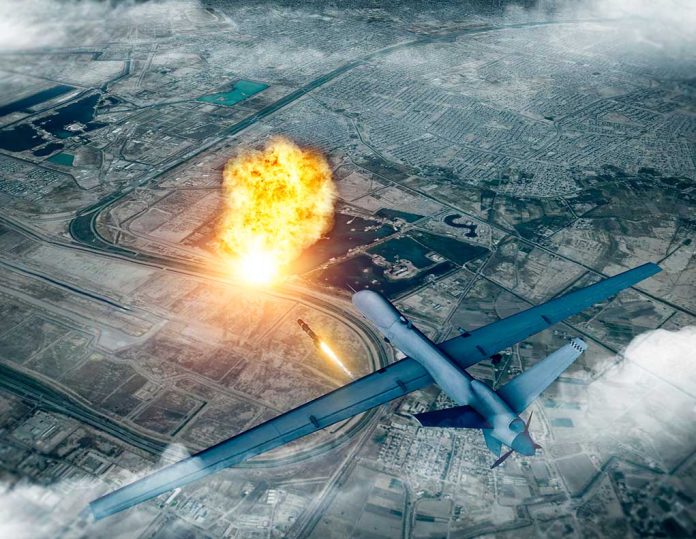 Al Qaeda Terrorist Gets EXACTLY What He Deserves

(USNewsBreak.com) – The US military carried out a mission on July 31 that eliminated one of the most recognizable names in terrorism. President Joe Biden confirmed that a drone strike successfully killed Ayman al-Zawahiri, one of the masterminds of the 9/11 attacks. The US has been after him for over 20 years.

Al-Zawahiri assumed control over Al Qaeda when the United States took out Osama Bin Laden in 2011, but he was wanted long before that. As the organization’s second, he assisted heavily in planning one of the worst days in American history. The extremist was also reportedly involved in the bombing of the USS Cole as well as the American embassies in Kenya and Tanzania.

In the end, justice for the terrorist was swift and precise. A predator drone targeted and hit al-Zawahiri with two Hellfire RX9 missiles that use sharp blades and more than 100 pounds of metal rather than an explosive head to shred their victims. The jihadist was standing on a balcony in a heavily populated neighborhood in Kabul, Afghanistan when the rockets hit, eliminating the target without a massive blast and reducing the likelihood of collateral damage.

The successful operation is the latest in a string of missions dating back to the Trump administration targeting terrorist threats. Earlier this month, the leader of ISIS, Maher al-Agal, became the latest of three in his position to lose their lives to high-value target drone operations.