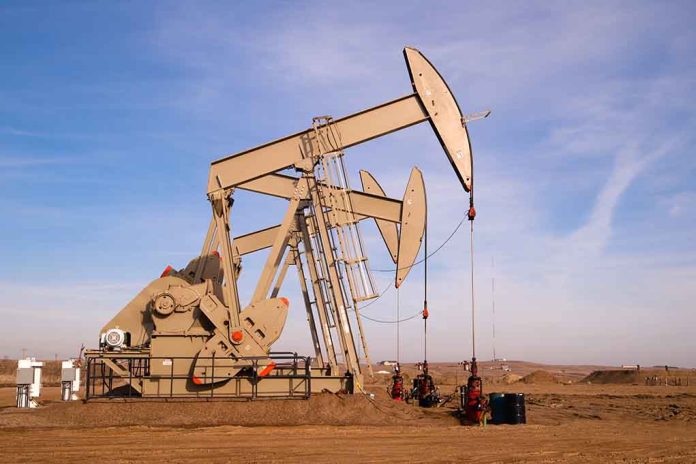 UK Announces REVERSAL – After All This Time!

(USNewsBreak.com) – Fracking, which is a method of drilling into the earth to get natural gas, has been controversial due to concerns about its impact on the environment. The government in the United Kingdom stopped fracking in 2019 because of those worries. But sky-high energy costs are pushing new Prime Minister Liz Truss to reverse that decision and bring back the practice.

Britain has had serious setbacks with its energy sector due to the conflict in Ukraine. In addition, the Bank of England projected inflation would drive the country into a recession before the end of 2022, according to AP News.

Truss announced her plans to help the nation on September 8, while speaking before the House of Commons. She pushed the benefits of allowing fracking, noting it will help the country with its objective of becoming a natural gas exporter. Those against the plan claim this decision sets back clean energy objectives and will do nothing to help bring down citizens’ costs.

The new prime minister isn’t stopping at reversing controversial bans. She’s also implementing other measures in an effort to address the ever-growing inflation that is squeezing people’s budgets. In addition to the fracking decision, Truss will freeze energy prices for citizens at about $2,900 annually, for two years. She’s also offering some price drops for educational and health care institutions under a six-month plan.

What do you think of Truss’s plans? Let us know in an email!