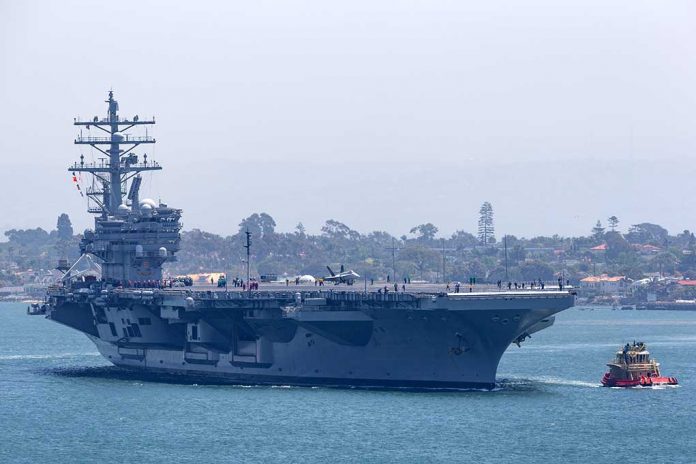 (USNewsBreak.com) – On September 11, 2001, our country witnessed the deadliest terrorist attack on home soil in America’s history. Then-president George Bush quickly sent the military into Afghanistan to fight the war on terror in person. Our troops have been a constant presence in the country ever since.

Upon taking office, President Joe Biden made a promise to remove our military from the country by the 20th anniversary date of 9/11. As that date creeps towards us, there is a need for a new aircraft carrier to move in to help.

The USS Ronald Reagan will replace the USS Dwight D. Eisenhower, which is currently stationed in the Middle East and can no longer extend its deployment. The aircraft carrier will assist with the withdrawal of troops primarily by offering additional security.

However, there are concerns about how the mission might unfold. The USS Ronald Reagan is the only carrier currently stationed in the Asia-Pacific. Upon departure, troops there will find themselves without access to an aircraft carrier. It could be up to four months before the ship can return to the port.

This is a good indication of the current limitations of available ships in the US Navy. When they have to start moving ships around, leaving ports unmanned, there is clearly a problem. This is especially true when the President wants to increase military presence in the Asian-Pacific.