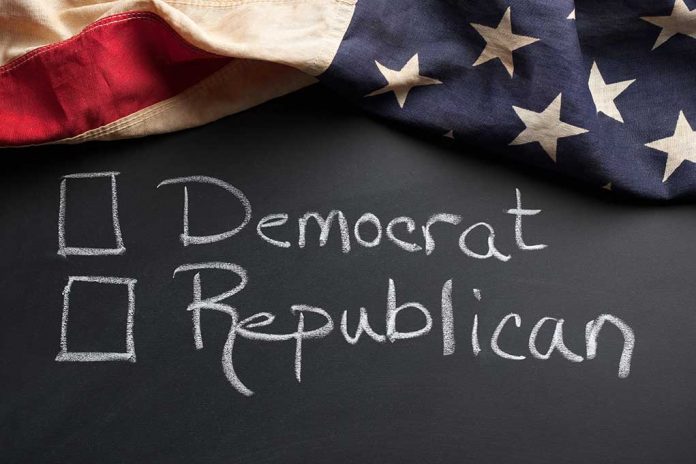 (USNewsBreak.com) – Why does America have a two-party system? It’s a question long asked by many Americans dissatisfied with the Democratic or Republican parties. In 1796, President George Washington warned against political parties in his farewell address. He said that those who belonged to them would become beholden to a party instead of the country. It would lead to corruption and ultimately destroy the foundation that made the Constitution a respectable document.

In that same year, Vice President John Adams and Secretary of State Thomas Jefferson ignored Washington. They formed the first two political parties to fight for ideals that would determine the future of the country. Since then, America has been dominated by the two-party system.

What Is a Political Party and Why Two of Them?

At the core, a political party is nothing more than a coalition of people fighting for ideas and principles of what they believe good government ought to be. During Washington’s administration, Alexander Hamilton and John Adams fought for a strong central government, treasury, and national army. On the other side, Secretary of State Thomas Jefferson believed a central government would become too powerful and reckless.

By 1796, Adams was campaigning as a Federalist and Jefferson as a Democratic-Republican to replace George Washington. Both had strong coalitions. Federalists enjoyed support among the wealthy, financiers, merchants, and artisans. The rural community of farmers supported Democratic-Republicans. It was a brutal campaign that would repeat itself four years later and threaten to tear apart the young country.

In that political environment, it was clear who was fighting for what and that the country was deeply divided. It was the beginning of the two-party system inherently created out of both design and need.

The reason America has a two-party political system is due to the design of the government and the philosophy behind it. It’s often thought that the framers were against partisan politics. But, that isn’t entirely the case. They generally agreed that partisan politics was necessary as another check and balance. Madison said, “No free country has ever been without parties, which are a natural offspring of freedom.” He added, “The Constitution itself… must be an unfailing source of party distinctions.”

The two-party system works because parties are more able to draw distinctions, argue points and counterpoints, and build political power among a coalition of politicians, donors, and voters.

For better or worse, perhaps the real reason America has a two-party system is that it was built into our political system.