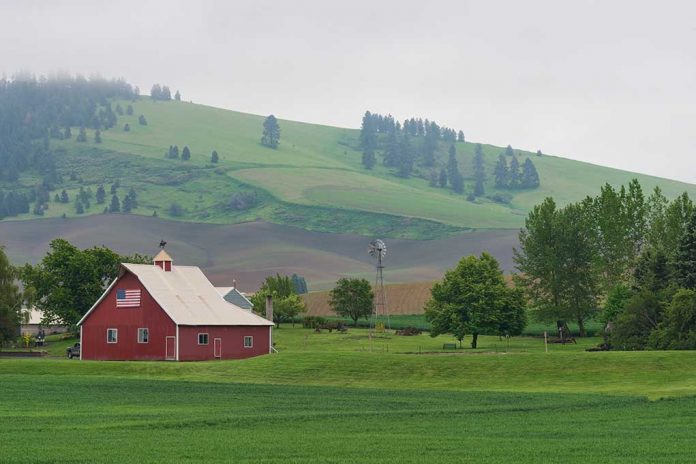 (USNewsBreak.com) – Bill Gates is best known as the co-founder of Microsoft, but his interests range across a broad number of industries. In fact, the technology mogul has been diversifying his financial portfolio since the early 1990s.

Part of that process included investments in farmland. Over the years, Gates has managed to purchase a total of 242,000 acres. That makes him the largest owner of farmland in the US.

What many people wonder is why?

What is it about the agricultural industry that Gates finds so compelling?

Looking at the rest of his portfolio provides answers. Bill Gates also has an interest in Memphis Meats, a company actively working towards growing meat from livestock cells in a lab.

Here’s why this matters: lab-grown meat could very well spell the end of traditional farming. With “faux” creations taking over, the need for conventionally farmed meat will drop. Less demand means fewer sales for thousands of America’s farmers and ranchers.

With Gates owning so much farmland, he essentially has full control over what takes place on it. He can push out farmers and dominate the industry by backing his own interests in lab-created meat. This might seem like an overly crafty or creepy idea, but it’s difficult to ignore the fact that such a move would add even more money into his bank account.

The Microsoft co-founder has not yet publicized his future plans for the land. As mentioned, he’s been quietly buying up agricultural properties for almost a decade. But with his outspoken interest in combating “the negative environmental impact of traditional farming,” and his direct support for Memphis Meats, it’s not hard to envision how the future might unfold.