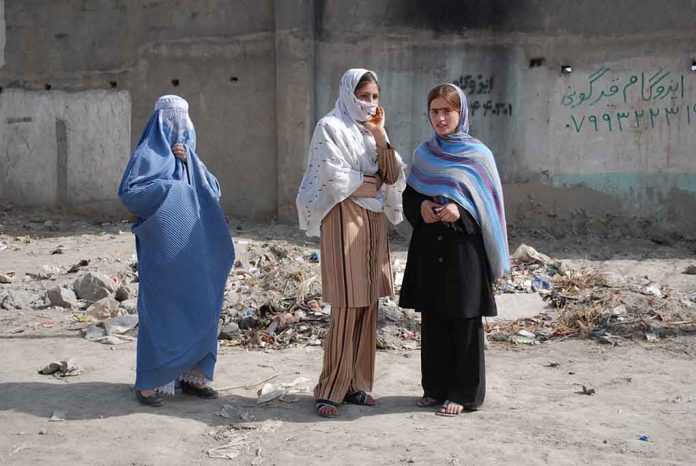 (USNewsBreak.com) – According to the United Nations (UN), the Taliban’s supreme leader Haibatullah Akhundzada issued an order on May 7 requiring women to cover their faces when in public in Afghanistan. The rule hasn’t been in place for over 20 years. Many women in the Middle Eastern country wear headscarves for religious purposes, but few cover their faces.

Reuters reported that the leader warned women who failed to cover up when they went out could see their closest male relatives could go to prison or lose their state jobs. In a news conference, Minister of Propagation of Virtue and Prevention of Vice Mohammad Khalid Hanafi warned other nations not to “bother” or pressure Afghanistan over this order.

UN Secretary-General Antonio Guterres released a statement on Twitter expressing his dissatisfaction with the declaration.

I'm alarmed by today's announcement by the Taliban that women must cover their faces in public and leave home only in cases of necessity.

I once again urge the Taliban to keep their promises to Afghan women & girls, and their obligations under international human rights law.

A statement from the United Nations Assistance Mission in Afghanistan (UNAMA) remarked on the directive and echoed Guterres. The organization said it is “deeply concerned.” UNAMA noted this move contradicts the Taliban’s assurance it would not violate the human rights of females. The mission committed to continuing talks with leaders in the nation in hopes of getting more clarification on the order and to seek out the opinions of other world leaders on the matter.