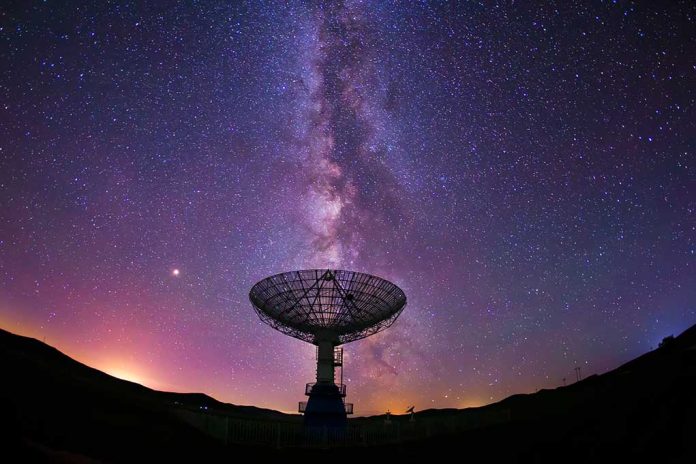 (USNewsBreak.com) – Outer space is mysterious. It’s the center of research for many scholars, and new discoveries can set about a flurry of activity.

The most recent event to garner attention is a discovery of signals coming from the center of the Milky Way. University of Sydney PhD student Ziteng Wang first noticed the oddity when using a radio telescope in early 2020.

Mysterious radio signals coming from Milky Way – and scientists don't know what they are https://t.co/DAozKcYL7g pic.twitter.com/ps2IcQkyMT

At first, researchers thought it could be a pulsar, which is a star core remnant, or even a star eruption, but they quickly realized it had characteristics of known signals from stellar objects. The image left them baffled.

The Australian researchers found the signal is inconsistent. Sometimes it blinks in and out, and other times, it says for weeks. Professor Tara Murphy said this isn’t a common activity they would expect from an object.

Ziteng explained the object emitting the sound is incredibly bright, but its luminescence varies as well. He also noted it revolves in one direction only. Professor Murphy said ASKAP J173608.2-321635, which is the name for the celestial structure, is extraordinary because it falls outside of all known perimeters.

The object and the signals behave in ways that are unpredictable and not within the scope of normal behavior. Researchers plan to continue to monitor it and hope to use advances in telescope technology to identify it eventually.