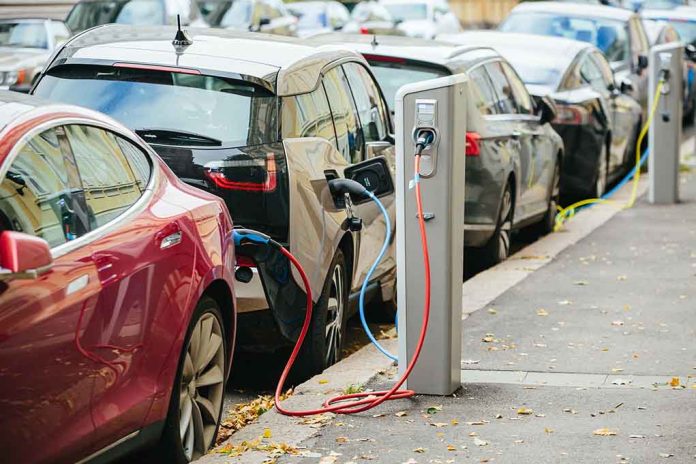 (USNewsBreak.com) – In September 2020, California Governor Gavin Newsom announced his directive to get rid of gasoline vehicles and require that all new sales go electric by 2035. A second state is now following that lead. New York Governor Kathy Hochul revealed a plan on September 29 to require only zero emissions new vehicle sales in her jurisdiction by 2035.

NEW: All new vehicles sold in New York must be zero emissions by 2035.

During a press conference announcing the initiative, Hochul said New York needed to be a leader and help move the country toward zero emissions. She noted that city school buses would transfer to clean energy by 2027. To show the state was on track to meet her overall goal, she expected to reach milestones in 2026 and 2030. The governor wanted to ensure electric vehicles made up 35% of new sales by 2026 and 68% by 2030. According to her office’s press release, she stated New York is a “climate leader,” and she wants to “spur innovation and implementation” of electric vehicles more widely.

Hochul also referred to Newsom making the commitment first. She claimed it was necessary for the west-coast governor to move toward zero emissions before New York could start.

The New York governor assured that she would have no trouble taking the leap moving forward.

What do you think of Hochul’s plans? Do you agree with the move toward zero-emissions vehicles?