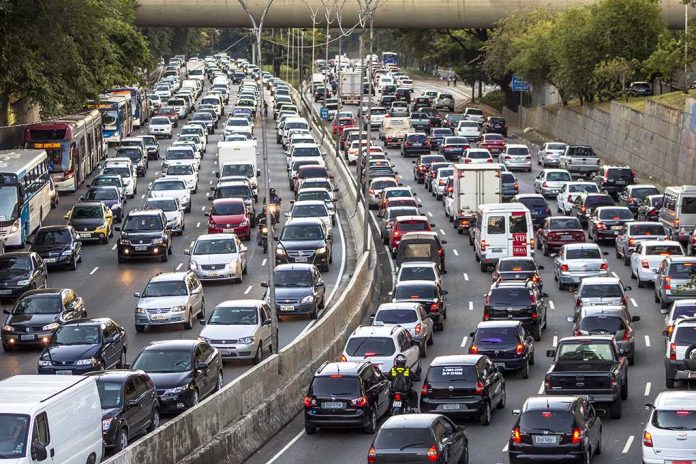 (USNewsBreak.com) – A speechless man standing in the road and causing traffic jams may seem like something from a horror story, but for people in one town in Wales, it’s a true tale.

A man began to cause traffic jams by standing in the street in Swansea, Wales, starting in 2014. Nobody knew why he did it because he never said a word, earning him the nickname “Silent Man.”

The person, whose name is David Hampson, always stands in the same spot in the middle of the roadway outside the Swansea Central Police Station. He has an order against him in England and Wales that makes it criminal for him to block streets in these jurisdictions, but the orders don’t seem to bother him. They certainly aren’t stopping his bizarre behavior.

“Silent Man” Has Been Causing Traffic Jams by Standing in the Middle of Traffic for Seven Years https://t.co/wolJ6YT1rP pic.twitter.com/7Ulsv4NOYR

Hampson has had seven arrests since 2014 for his stunt. The last time he took to the road in December 2020, officers placed him under arrest for it. Despite pending criminal charges, the 51-year-old man has refused to talk and explain his actions even after a jury found him guilty of obstructing traffic and of mute of malice, which means his silence isn’t due to an inability to speak.

Judge Paul Thomas asked “Silent Man” to explain his actions so the court can provide him help prior to sentencing. He feels at this point, it is either prison or psychological help for the man. After receiving a mental health exam order, Hampson refused to speak to doctors, which led Judge Thomas to wonder if the man has any interest in helping himself.

Hampson faces sentencing on August 31. The world may never know why he made the choices he did, or if there was any point to the stunts, because he’s living up to the “Silent Man” nickname.