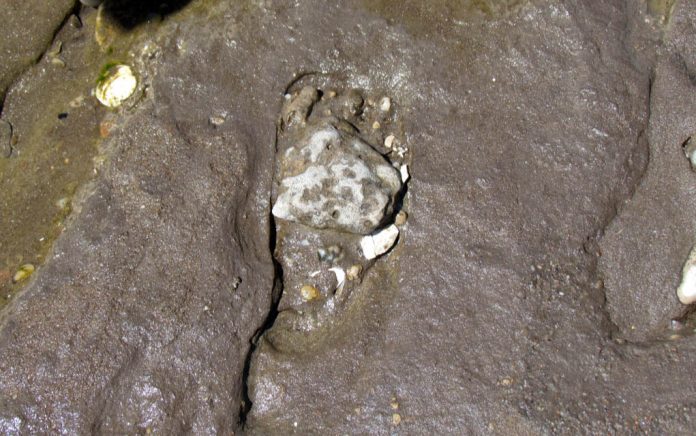 (USNewsBreak.com) – Archaeology and paleontology help us learn more about our past, our ancestors, and the ancient world. In fact, much of what we know about early humankind stems from these two areas of science. Yet, one 2009 discovery of fossilized footprints in New Mexico reveals the reality of our ongoing search for historical truth.

Scientists only recently managed to prove the age of the footprints first identified in White Sands National Park over a decade ago. They now believe the fossils may be the oldest ever recorded, dating back almost 23,000 years.

Fossilized footprints discovered in New Mexico indicate that early humans were walking across North America around 23,000 years ago. The footprints were found in a dry lake bed in White Sands National Park. https://t.co/stkcm9uz4J

The incredible revelation came about after researchers began investigating seeds embedded within the footprints. The fossils are comprised of a mixture of clay and silt, making them incredibly delicate and susceptible to damage. Scientists had to take extreme care when working with them. 3D models and photos helped facilitate the slow and tedious work.

Experts believe the varied size range of the footprints likely proves they belong to not a single person, but a variety of children, teens, and adults instead.

The exciting find helps piece together the mysterious history of humans in North America. It also aligns with previous theories suggesting that humans first entered the region sometime between 13,000 and 26,000 years ago.

Researchers working on the project published a study on September 24 citing the footprints as direct evidence, which is harder to dispute than than other artifacts, such as clay pots and weapons.