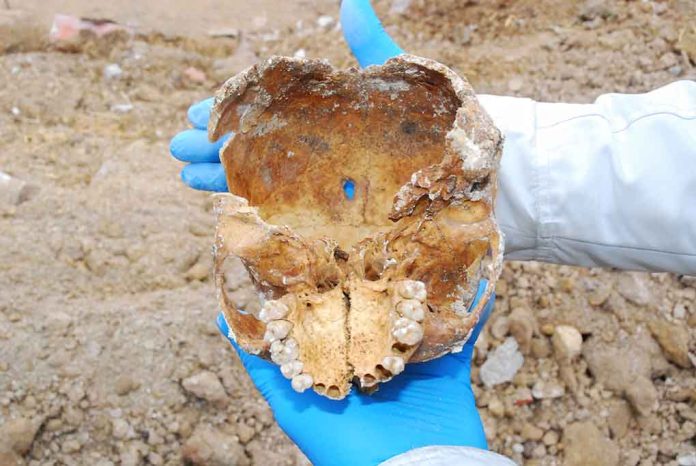 (USNewsBreak.com) – Scientists work tirelessly to figure out the origins of human life. They often make discoveries that uncover interesting and bizarre links between animals of the past and humans through anthropology work.

According to a study published in Royal Society Open Science, Dr. Adam Huttenlocker discovered a fossil in Utah’s Valley of the Gods in 2019; it showed a link between human teeth and reptile teeth from millions of years ago.

Huttenlocker noticed the fossil featured canine teeth and molars similar to those found in humans. He brought the piece to Dr. Suresh A. Singh, an expert in studying evolution patterns, for further examination. Singh managed to show there was a connection between the extinct species and humans.

Evolutionary adaptations have excited researchers that have discovered a connection between mammals today and predators from about 300 million years ago. https://t.co/QTm0cSZPmR

Dr. Singh believes the Shashajaia is a distant relative on the evolutionary tree. Through his work, the researcher managed to slot the species into an evolutionary gap, helping to further reveal the story of how humans evolved from therapsids.

The Shashajaia likely used its developed incisors, canines, and molars to capture prey, making hunting easier for the species. By becoming better hunters, these reptiles managed to thrive and become top predators of their time. Those sharp chompers made sure they survived long enough to continue the evolutionary process, which scientists theorize eventually led to humans.