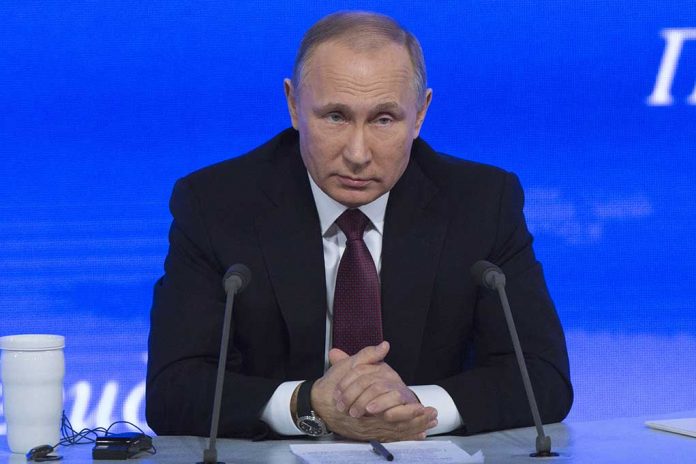 (USNewsBreak.com) – Russia is a socialist nation with many remaining ties to its Communist history. This includes a lack of rights citizens from other nations enjoy, including freedom of speech without punishment from the government. But while Russia has never really adopted this important tenet, some cybersecurity experts fear Putin is about to limit it even further.

On July 22, 2021, ROSBUSINESSCONSULTING (RBC) reported that the Russian government successfully disconnected from the world wide web in a handful of tests conducted between June 15 to July 15, 2021. It claimed the investigations were an attempt to improve internet security within the country.

Free speech advocates fear this is deceptive. They worry it was the first step in a slippery slope designed to strengthen the government’s control over its own people. Putin’s administration has been using the same equipment to slow Twitter’s speed since March, when Russia deemed some content on the platform illegal.

Russia disconnects from global internet in tests: Move sparks fears Putin will strengthen his grip on free speech in the country's cyberspace
via https://t.co/iDmtTZl3Op https://t.co/WEKh4pABn4

Their official stance is that testing helped to show Runet (Russian part of the internet) would continue to run if the country faced blockages or threats. The authority to run such operations comes from a 2019 sovereign internet law aimed at protecting the foreign country against perceived aggression from US cybersecurity officials.

Part of Russia’s goal is to relocate internet traffic through government hops, or passthrough points. Leaders want to create an independent system in which the country can operate, should outsiders attempt to cut it off from the world wide web.

There were no reports on how long the disconnection tests lasted, or if they had any unintentionally negative effects. As per usual, Russia investigated the issue in secret, closely guarding information about its results.