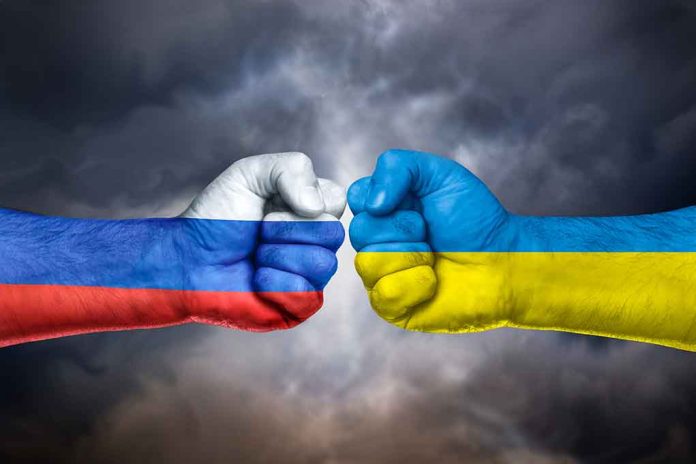 (USNewsBreak.com) – Ukrainian forces are stepping up in their fight against Moscow. They’ve been able to hold off the enemy’s military and push the invaders out of central parts of the country, away from key cities. But a recent move was to get Russian troops out of the Kharkiv region, marking a huge success for the nation.

Ukrainian troops entered the Kharkiv region after a planned series of attacks to weaken the Russian frontlines. The military used arms from the West to attack the vital areas and worked to cut off the opposition’s supply chains.

Ukraine has been pushing hard to get Russia out of its country by focusing on key cities. On the evening of September 10, troops worked into territory under enemy control and retook large areas within Kharkiv. The Kremlin pulled out forces on September 12 under heavy pressure from the Ukrainians.

The move marked a significant development, Russians departed from areas they’ve controlled for months. According to The Wall Street Journal (WSJ), U.K.’s defense ministry said Russia likely chose to withdraw from the area as Ukraine closed in.

The Ukrainians were able to get Kupyansk, which is a hub for moving supplies. The spot was a primary feeder to the Russian military, and it also housed the majority of the Kremlin’s invading troops.

September 13 reports indicated that Ukrainian forces also managed to drive its enemies from Melitopol, in the Zaporizhzhia province.

Ukraine’s President Volodymyr Zelenskyy reported his troops had retaken 2,000 square kilometers as of September 10, doubling the area it held just days earlier. The nation also managed to move into Izyum, which was the base of operations in the target to take over the last areas Russia had yet to control in the region. Kyiv is also working to retake parts in the south.

Reports indicate troops from the Kharkiv region moved over the Oskil River to regroup in Donetsk, which continues to be a Moscow stronghold. Russia was already weak under the relentless attacks. Invading forces had to move around awaiting troops, spreading them thin and leaving some areas vulnerable.

The Security Service of Ukraine reported capturing a Russian grenade launcher, who admitted military leaders fled. The soldier referred to the retreat from the Kharkiv region as “cowardly.” He also noted that Ukraine forces easily overtook Kharkiv, and he only survived by surrendering.

Meanwhile, in Russia, President Vladimir Putin was in public, talking about online voting, visiting a park with a new Ferris wheel, and watching fireworks.

If Ukraine can hold on to the advances, this could prove to be a turning point. According to another report from WSJ, analysts believe Russia is “struggling to absorb the scale of the losses” right now. Could this change the course of the war? What do you think Russia and Ukraine’s next moves will be? Let us know what you think in an email!