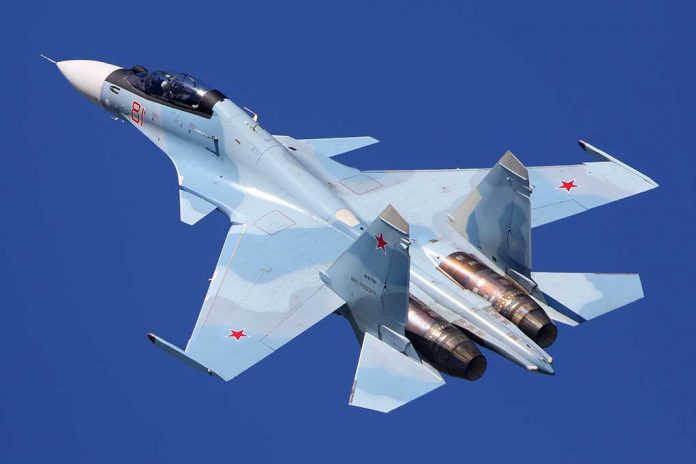 (USNewsBreak.com) – The British Navy was passing through an area of the Black Sea off Crimea that Russia claims as its own and protects rather vehemently on Wednesday, June 23. Upon becoming aware of the vessels, Russia fired warning shots and dropped bombs in their path.

The following day, June 24, the country called the British Ambassador on the carpet and issued a formal statement to the Royal Navy, saying it will not fire warning shots next time. If the ships reentered the area, Russia threatened to fire shots on target to hit the vessels.

As if that wasn’t enough, on June 25, the Soviet nation began running training missions in the area, including deployment of five warships and multiple aircraft. One concerning fighter group was the MiG-31K aircraft outfitted with Kinzhal hypersonic missiles.

The aircraft serve only as attack vessels due to the modifications allowing them to fire the hypersonic missiles, which have a range of up to 1,250 miles and fly at 10 times the speed of sound (Mach 10). This training exercise marks the first time the country has used jets carrying this type of missile.

This display is likely the Kremlin’s way to back up the message to the UK Navy not to re-enter its claimed territory. British authorities maintain the navy did nothing wrong and legally operated under international law in the area.

Could these tensions brew a war in the Black Sea? If so, could the US become involved as a close ally of the UK? It is worth keeping an eye on the escalating tensions to see what the next move may be.