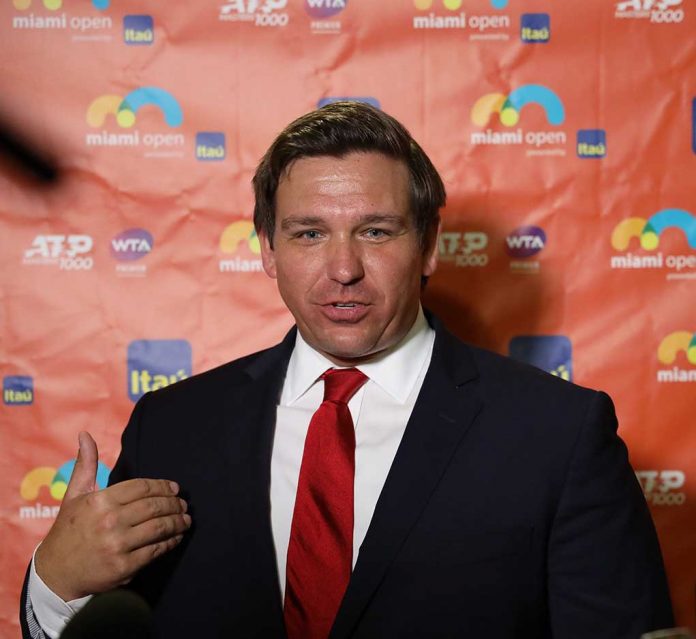 (USNewsBreak.com) – Florida Governor Ron DeSantis is outspoken and passionate about Conservative values. In fact, he is a rising star within the Republican party who’s quickly gaining a foothold with Americans all across the country.

People like DeSantis so much because he has the conviction and strength to stand up for the views and values of the GOP. On July 14, 2021, he told attendees of the Alliance Defending Freedom Summit that everyone within the party should be doing their part. He also spoke at length about the fight against the Left, urging Conservatives to fight back.

DeSantis then reminded the crowd of the importance of upholding Conservative causes. He sets an excellent example for his followers by consistently fighting to protect election laws and stop big tech from censoring politicians. The governor also wants to stop critical race theory in schools and put an end to sanctuary cities.

The Right-leaning leader later went on to implore Conservatives to do more and grow a “backbone” to advance the ideals of the party. He added that those who are sworn to defend the Constitution need to be resolute and “get the job done.”

While Donald Trump is still the clear leader of the Republican Party, DeSantis is quickly gaining ground. According to a Nationwide poll of GOP voters from Fabrizio, Lee & Associates, 31% of the respondents choose him in a scenario without Trump.

What this means is DeSantis has a lot of pull within the party. People respect him, and that can go a long way in a presidential election. When it comes to the GOP, his comments about standing up to the Democrats are sure to hit home with many.