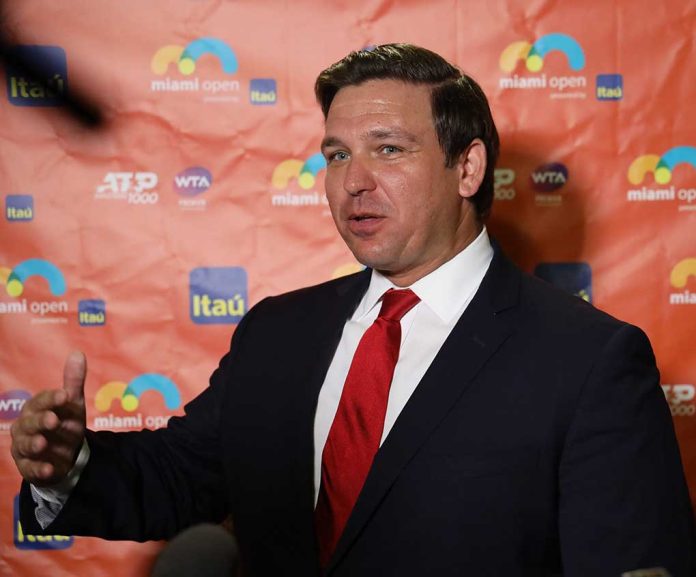 The Biden-Fauci Admin. thinks a margarita will solve all the problems they’ve created for the American people.

Well, you can have a margarita, but it will not cure Bidenflation, which is causing massive increases in prices across the board for Americans. #NationalMargaritaDay pic.twitter.com/4pm0d6C0Kk

The governor capitalized on the made-up holiday to take a jab at the Biden administration. The video focused on a comment White House Press Secretary Jen Psaki made during an interview on “The View,” where she told Americans to have a margarita if they were frustrated over the failure of the Build Back Better plan.

DeSantis points out that it might be great to drink a margarita, “but it is not a cure for Bidenflation.”

The governor posted his new ad on Twitter with a caption alluding to the “Biden-Fauci” administration. He said the president “thinks a margarita will solve all the problems they’ve created.”

Focusing his message on inflation points out one of the most significant areas in which Americans are suffering under Biden. Some argue that the reason for such massive jumps in the price of everything is too much government spending, and passing the Build Back Better Act would have only made matters worse.

DeSantis is running for a second term as governor of Florida. A Mason-Dixon poll released February 15 showed he leads challengers and has a good shot at winning in November.