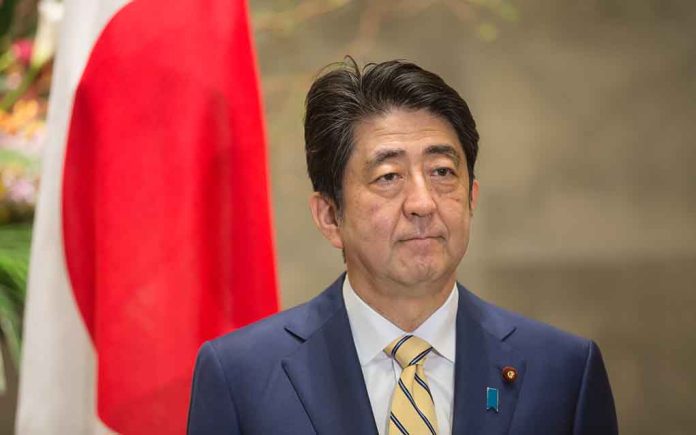 (USNewsBreak.com) – On the morning of July 8, around 11:30 am, as former Japanese Prime Minister Shinzo Abe gave a speech ahead of parliamentary elections, a man identified as Tetsuya Yamagami allegedly shot and killed the politician. Emergency personnel transported Shinzo from the scene. However, just after 5 pm, a Nara Medical University Hospital doctor confirmed he had died from blood loss.

According to reports, the suspect shot Abe twice from behind using a homemade firearm. Police said he claimed politics didn’t motivate his actions. He told them it was due to Abe’s supposed affiliation with an unnamed organization.

Global leaders are expressing their shock, outrage, and condolences. Japanese Prime Minister Fumio Kishida condemned the shooting as a threat to democracy and labeled it a “barbaric” act.

At the G20 meeting in Bali, US Secretary of State Antony Blinken addressed Abe’s death, speaking of the great partnership the US had with Japan under Abe’s leadership and how the former prime minister was a key supporter of advancing freedom in the Indo-Pacific.

Abe served as prime minister from 2006 to 2007. He returned to office in 2012 but resigned in 2020. As a leader, he focused on securing good international relationships, strengthening the military, and building Japan’s economy.