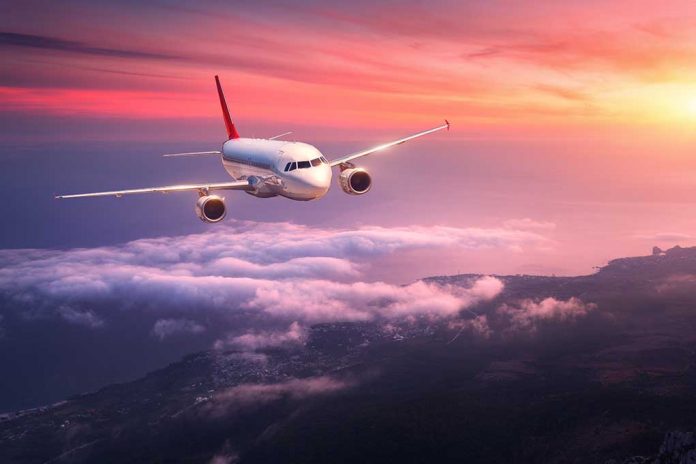 (USNewsBreak.com) – People have speculated about future transportation since the dawn of time itself. Only within the last few decades have we all agreed that flying would eventually become the gold standard. While we’re still a reasonable distance from Jetsons-style air cruising cars, one unknown man in California seems to be ahead of his time.

He’s earned the nickname “Jetpack Guy,” and he’s been making news since August 2020. A pilot landing at Los Angeles International airport (LAX) spotted him flying by his plane. The most recent possible sighting was by a Boeing 747 pilot on July 28, 2021.

The pilot told air control the man was at an elevation of about 5,000 feet after spotting him about 15 miles east of the airport. Pilots and people on the ground have reported several sightings of the notorious flyer over the last year.

The CEO of Jetpack Aviation, David Mayman, questioned these accounts because there are no jetpacks that can fly that high on the market. He did speculate it was a drone and not a person, but said even most drones have a max flight height of 3,000 feet.

He still doesn’t think it is a person with a jetpack, either. Mayman says the noise of takeoff would draw far too much attention. If he exists, Jet Pack Guy doesn’t seem too pressed with people seeing him — he is flying in busy air traffic areas, after all.

For now, the situation remains a mystery. The FBI and FAA are conducting investigations to learn more about what is going on in the sky above Los Angeles.