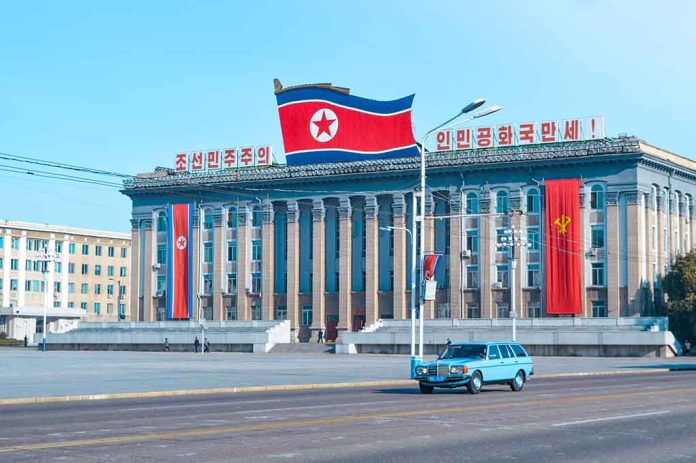 (USNewsBreak.com) – North Korean leader Kim Jong-un appears to be escalating his efforts to provoke the United States and its allies. So far this year, the Democratic People’s Republic of Korea (DPRK) has tested suspected hypersonic missiles, long-range intercontinental ballistic missiles, and other advanced weapons systems.

The DPRK also test-fired several short-range missiles before and after Vice President Kamala Harris’ visit to South Korea and the Demilitarized Zone. The rogue nation followed up in early October by firing an intermediate-range missile over Japan for the first time in roughly five years, increasing tension through the Asia-Pacific region and beyond.

A recent series of news reports by North Korea’s state-run news agency indicated that Pyongyang recently conducted a series of “tactical nuclear” exercises intended to serve as a warning to neighboring South Korea and the United States.

North Korea Goes on the Offense with Nuclear Exercises

On October 10, the Korean Central News Agency (KCNA) reported that the Workers Party of Korea staged a series of military exercises simulating nuclear war in conjunction with the Party Central Military Commission (PCMC) from October 6 to 8 in response to recent joint drills between the US and South Korean armed forces. Kim Jong-un personally oversaw the exercises.

The exercises included a strike on a tiny island representing “the enemy’s military base” and involved air-to-surface missiles, cruise missiles, and medium-range guided weapons systems. In addition, the Korean People’s Army (KPA) used aerial bombers and long-range artillery “sub-units” to strike the islet.

A subsequent KCNA report indicated the PCMC designed the military drills to simulate the “loading [of] tactical nuclear warheads” from a silo located “under a reservoir” in North Korea’s northwestern region. The exercises tested the KPA’s ability to transport nuclear arms safely, determine their ability to depend on the “overall management system,” and rapidly deploy the deadly weapons.

A final KCNA article called the training exercises a smashing success. It claimed the “gallant combat pilots” successfully demonstrated the strength of the KPA’s air division and their “indomitable fighting spirit.”

Others Respond to North Korean Aggression

CBS News reported that other nations and experts quickly responded to the news of the tactical nuclear exercises. For example, a spokesperson for China’s Foreign Ministry acknowledged reading the KCNA’s articles. “We noted the relevant reports,” he said, adding that Chinese officials also acknowledged recent military drills in the Korean Peninsula conducted by American, Japanese, and South Korean forces.

Ankit Panda, a US security analyst, called the North Korean show of force a “familiar spiral dynamic” borne from the longstanding and bitter rivalry between Pyongyang and Seoul, according to CBS News. He also warned that the US doesn’t currently have any easy ways to “manage crises” or negotiate with North Korean officials.

The US has been engaged in ongoing efforts to de-escalate tensions with North Korea. However, the country has repeatedly refused to negotiate on the possibility of denuclearization. Late last week, the US announced it was imposing sanctions on individuals and entities for their role in helping North Korea obtain refined petroleum, which contributes to the growth of their military and weapons systems. According to a statement from Secretary of State Antony Blinken, this sends a “clear message” that the US will stand against the DPRK’s military plans.

What do you think about tensions in the Asia-Pacific region? Should the US continue conducting joint military exercises in the Korean Peninsula?