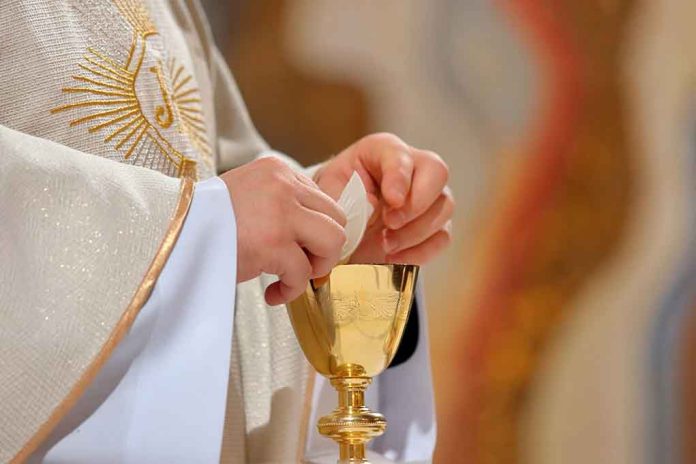 Bishops RESPOND After Pelosi Communion Ban – This Is Incredible!

(USNewsBreak.com) – On May 20, Archbishop Salvatore Cordileone announced he would not permit Speaker of the House Nancy Pelosi (D-CA) to take communion in his San Francisco jurisdiction. The New York Post reported other bishops are voicing their agreement. They take this stance because of Pelosi’s public support of abortion, which the church vehemently opposes.

On May 27, Archbishop Alexander Sample published a video on Facebook calling abortion a sin based on church teachings. He voiced his support for Archbishop Cordileone’s stance on the speaker, saying the move was an “act of pastoral love and care.”

Three other bishops are also standing behind Cordileone. Bishops Robert Vasa, Michael Burbidge, and Joseph Strickland issued communion bans on Pelosi. Bishop Vasa, who oversees the Diocese of Santa Rosa, issued a statement on May 20 that he would follow the archbishop’s orders and warned priests to follow the ruling.

In September 2021, Pelosi vowed to make abortion rights a federal law, overriding states’ rights. After the recent Supreme Court draft opinion leak, the Speaker of the House issued a joint statement with Senate Majority Leader Chuck Schumer (D-NY). They stated their complete support for abortion and stance against restrictions on what they call a fundamental right.