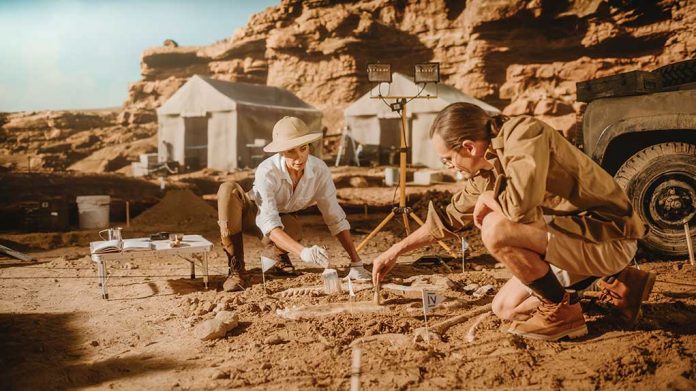 (USNewsBreak.com) – Scientists and researchers are constantly learning new things about the past through the discovery of fossils and other artifacts. These ancient finds can provide a world of information that helps us to uncover people of the past and how humans have evolved over time.

A potentially new evolutionary branch may result from the discovery of a giant skull fossil found in China. Upon viewing it, scientists began to rethink ideas on human evolution.

This discovery, which Chinese researchers call the “dragon man” as it came from the Black Dragon River region, is not a new find. Laborers had already found the fossil in 1933, but they hid it away from the prying eyes of the Japanese. The grandson of a laborer who concealed it revealed the location again in 2018.

The skull is well-preserved. It has a wide nose, thick brow, square eye sockets, and flat cheekbones. Scientists measured it at 9 inches long and 6 inches wide, which is much larger than the standard. It’s also long and low instead of the round shape of the modern head.

Chinese researchers from Hebei Geo University date it to be at least 146,000 years old, and say the skull is from a man of around 50 years in age. They used this find to create a new human species: Homo longi, and say this appears to be the link between Neanderthals and modern humans.