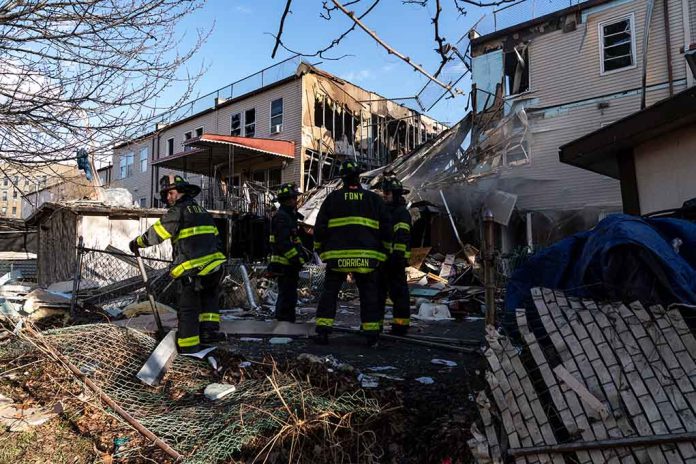 (USNewsBreak.com) – A house explosion rocked an Evansville, Indiana neighborhood Wednesday, leaving three people dead and nearly 40 structures damaged. The blast, which sent a massive debris plume into the air over the southern Indiana city, made an appearance on WRTV Indianapolis shortly after it happened.

Initial reports listed three people injured, but an update from Chief Deputy Coroner David Anson confirmed the deaths. On August 12, authorities released the names of those who were killed: Charles Hite (43), Martina Hite (37), and Jessica Teague (29).

There were no other injuries reported, but there was substantial physical and structural damage to the immediate area. Of the 39 buildings hit, 11 were damaged severely enough that no one can live in them.

Officials are currently investigating the case. The local gas company, CenterPoint Energy, worked with local and state officials to secure the area. According to a report from USA Today, multiple people called 9-1-1 after the incident. One mail carrier was reported as saying the explosion “shook [his] whole mail truck.” Meanwhile, an Award World Trophies manager who was a couple blocks from the incident described it as loud, and said, “Debris from the ceiling came down,” according to AP News.

The neighborhood will likely take quite some time to recover.