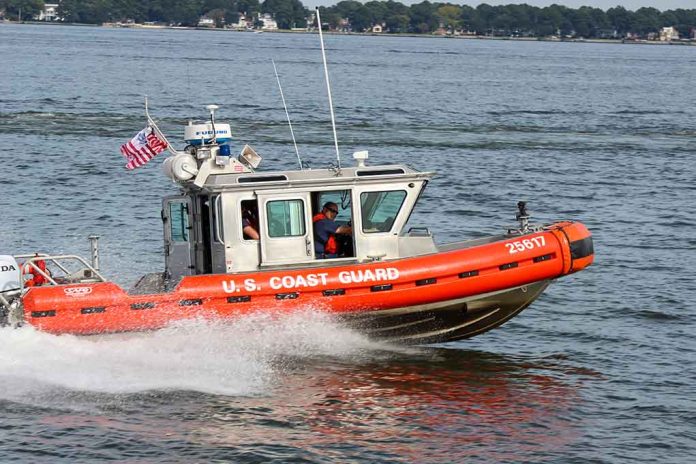 Coast Guard Saves Man Who Was Stranded in Water for Hours

(USNewsBreak.com) – Around 2:30 p.m. last Thursday, the US Coast Guard in the Gulf of Mexico got a call about a missing passenger from a Carnival cruise liner. A massive search by air and sea followed, but with water temperatures around 70 degrees, hypothermia was a real concern. A commercial carrier scanning the waters spotted the man treading water around 15 hours after he disappeared.

On November 25, Coast Guard Lieutenant Seth Gross told CNN that finding the 28-year-old passenger alive was “one of those Thanksgiving miracles.” He noted the survivor, who remains unidentified, overcame incredible odds simply by staying above the waves for so long. Not only was he alive, but the man was also lucid enough to identify himself and confirm that he’d fallen off the ship. He did not, however, offer a reason for what happened or an exact time.

Footage from the rescue of the cruise ship passenger last night. Can also be downloaded here: https://t.co/xk0pBnVr1E pic.twitter.com/GK1IXCKlgx

Gross praised the Gulf’s maritime community. The search and rescue operation included a small vessel from Florida as well as several aircraft from the coast region. The bulk carrier that spotted the passenger, CRINIS, received a heavy dose of praise for its alert crew and assistance in saving the man’s life.

Richard Hoefle, the aviation survival technician who helped save the young man, told CBS the individual was likely within moments of death. As with Lt. Gross, Hoefle was stunned by the survivor’s sheer will to stay alive.