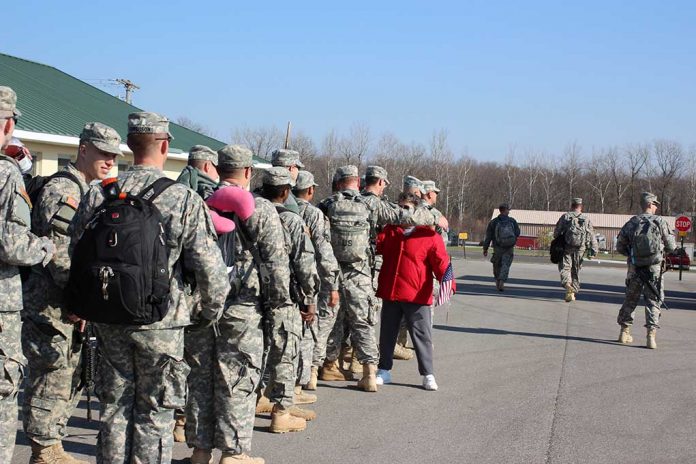 (USNewsBreak.com) – An unlikely trio of senators just announced a push to help Congress regain powers lost over the years to the president. The legislation they’re putting forth is just the first step in the fight to balance powers between the legislative and executive branch — especially those which impact war decisions. Here’s what we know about this breaking story.

Not a Democrat vs. Republican Fight

The newly proposed bill ultimately represents a branch vs. branch fight. The Constitution already grants Congress the exclusive right to declare war in Article 1. However, regulatory changes over the years have shifted some of these powers off to the president.

This wholly coordinated effort was brought forth by Senators Mike Lee (R-UT), Chris Murphy (D-CT), and Bernie Sanders (I-VT) . The three politicians already worked together on legislation to stop military support to Saudi Arabia for the country’s involvement in Yemen in 2019. It successfully passed, but was later vetoed by then-President Trump.

The senators revealed the National Security Powers Act on July 20, 2021. It targets a total of three main goals, the first of which is to increase the control of Congress to authorize military actions. This would allow Congress to order an end to, and cut funding for, conflicts of which they do not approve.

The second goal is to alter the foreign weapons sales review process. This would grant Congress the power to approve any sales and the discretion to remove items.

The final target is an increase in the power Congress has over emergency declarations. This would give them the right to approve and renew such orders.

Not the First Attempt at Change

Representative Jim McGovern (D-MA) is supporting a similar measure within the House. However, this is only a small part of current work. There is an ongoing pushback aimed at cutting weapons sales to foreign nations; this has been in place for quite some time.

Other groups are focused on stopping presidents from involving the US in civil war scenarios. For example, the House repealed the Authorization for the Use of Military Force in June.

Opponents of the bill cite concerns about the time sensitivity of presidential decision-making, especially surrounding war and terrorism. Many feel this change will essentially tie the commander-in-chief’s hands. They also believe the new legislation pulls far too much power from the president, lessening his ability to protect Americans from immediate threats.

Supporters, however, disagree. They uphold that Congress has the right to take back its lost powers, many of which shouldn’t have been removed in the first place. Proponents also disagree with the idea that doing so is “usurping” the president in any way.

Senators require both houses and the White House to sign off on the new act if they wish to succeed. However, it isn’t yet clear exactly who will support it as of right now.