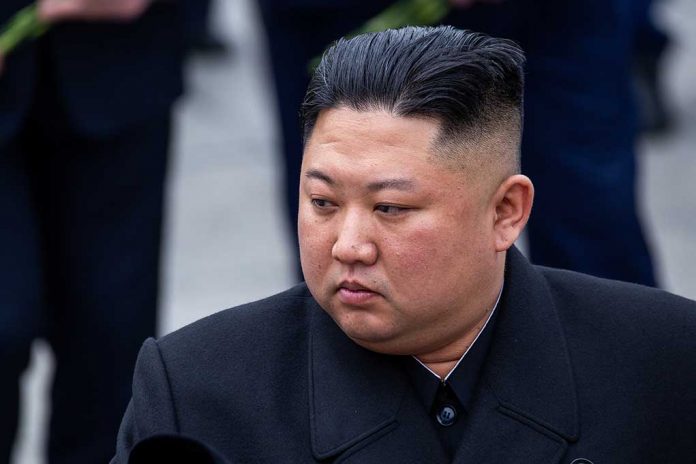 (USNewsBreak.com) – North Korea is like a middle schooler: when its leader doesn’t get what he wants, he throws a fit. Kim Jong Un is almost never willing to compromise; instead, he wants everything his way. If the reclusive leader decides he doesn’t care for your demands, he’ll simply choose to opt out. The world has seen this before — and is now seeing it again.

Jong Un’s historical refusal to cooperate extends as far back as his own time in office. Yet, it reached a turning point in 2020. At the time, Jong Un axed the inter-Korean hotline because he wasn’t happy about his meeting with then-President Donald Trump.

The US and South Korea have a good relationship. North Korea, however, doesn’t typically like that fact. The northern country often holds its southern neighbor responsible for America’s actions.

That’s part of what led to the latest exchange between the north and south. Once again, it revolves around the contentious hotline and its connection to the US.

On August 10, 2021, South Korea made its usual morning call to its northern sister. It was the first of two communications scheduled to take place on a daily basis. That initial check-in went fine, leaving officials to assume all was well — until the second call failed to go through.

It is unclear why nobody answered the phone. But, Southern officials are wondering if they are going to cut off the hotline connection again.

Strong Words from the Kims

Kim Jong Un’s sister, Kim Yo Jong, blasted South Korea and the United States shortly before media outlets reported the missed connection. Specifically, she took issue with military drills between the two countries, implying that her brother approved of her comments.

Yo Jong called the drills “perfidious behavior” and said they amounted to self-destructive behavior on the part of the southern nation. She also accused the country of running practice drills for an invasion that would threaten the safety of North Koreans.

The woman then went on to say this is the “most vivid expression of the US hostile policy” against North Korea. She said peace between the US and her country will never happen until America pulls its troops out of the south.

Yo Jong says her country will work to strengthen its preemptive strike capabilities. She also feels South Korea’s relationship with the US will only weaken its ties with North Korea.

One unanswered call may not seem like a dealbreaker. But the North-South hotline had only just resumed normal operations, which makes the latest move especially concerning.

At face value, however, North Korea seems to have an inaccurate picture of what’s actually happening between its southern sister and the US. Training drills are entirely routine, having taken place for decades now. Still, the refusal to cooperate could have a serious impact on the efforts to improve relations.

The US military refused to comment on the training. South Korea’s unification ministry also declined to speak to the press about North Korea’s actions, but did say they plan to prepare for anything just to be safe. It’s clear they view this as more than a simple temper tantrum.