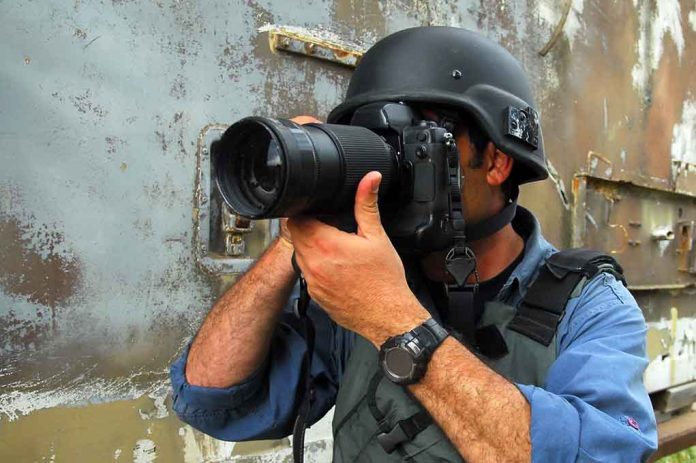 (USNewsBreak.com) – Reporting on the current situation in Ukraine puts journalists in a dangerous position. To get the story, reporters frequently have to expose themselves to shelling and other dangerous actions by Russian troops. According to BFMTV, a 32-year-old correspondent from France became an unfortunate casualty on May 30.

Frédéric Leclerc-Imhoff died while working on a story about humanitarian efforts in Ukraine. He was on a bus with people fleeing an occupied area when shell shrapnel hit and killed him. The journalist was near Sievierodonetsk in the Donbas region. Leclerc-Imhoff had worked for BFMTV for six years.

French President Emmanuel Macron released a statement on Twitter offering the country’s support for the journalist’s loved ones. Likewise, Foreign Minister Catherine Colonna expressed her shock over the tragedy. She also indicated that her office would work to get an investigation underway, which Ukrainian officials will handle.

Luhansk’s governor, Serhiy Haidai, said that the evacuation plans were on hold after the attack. He explained that authorities took the journalist’s body to Bakhmut for an autopsy. Plans are underway to get his remains back to France.

Reporters Without Borders head, Christophe Deloire, was reported by Fox News as saying the Russian military appears to be targeting attacks on journalists.