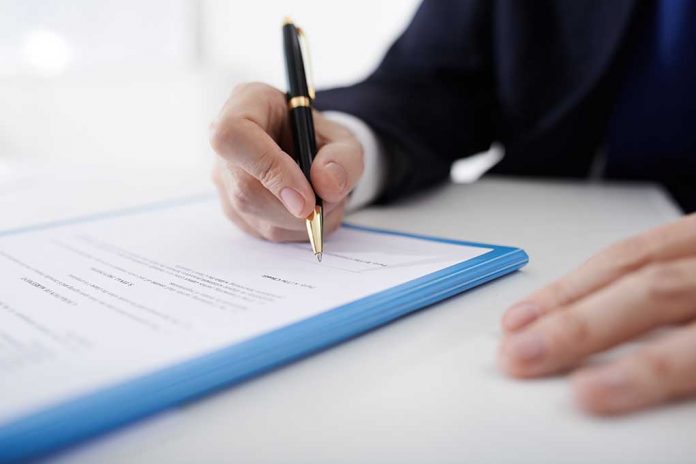 (USNewsBreak.com) – We often hear about the process of drafting, debate, negotiation, voting, and vetoing that goes into passing new legislation. This is a complex process that can take months to reach completion.

However, there’s a lawmaking tool that can change the rules we live by much more quickly. Executive orders are not quite as powerful as pieces of legislation, but they can cause a significant change in the way things happen in America, at least in the short run.

Who Can Pass Executive Orders?

Under the principles of separation of powers in America, the government is split into the legislature, the judiciary, and the executive. The executive is led by the president at the federal level and by state governors at the state level. These are the figures in charge of passing executive orders.

What Can Executive Orders Do?

A president or governor can use an executive order to give effect to any authority constitutionally allowed to them. Orders manage the operations of government departments and executive agencies. If, for example, a president wanted to effect a change in immigration policy, they could achieve this with an executive order directed at ICE.

The legislative branch — which is the US Congress at the federal level — are not entitled to review executive orders before they’re enforced. However, they may make it more difficult for the orders to operate freely by passing legislation to counteract them. Courts may also overturn executive orders if they deem their effects unconstitutional.

What Are the Benefits and Drawbacks of Executive Orders?

Ultimately, executive orders can be used well or poorly, depending on the person in charge. Despite the controversy that sometimes surrounds them, they’re not all bad. When a responsible policymaker runs the executive, their orders can serve to quickly address crises and bridge gaps legislation is not yet fit to deal with.