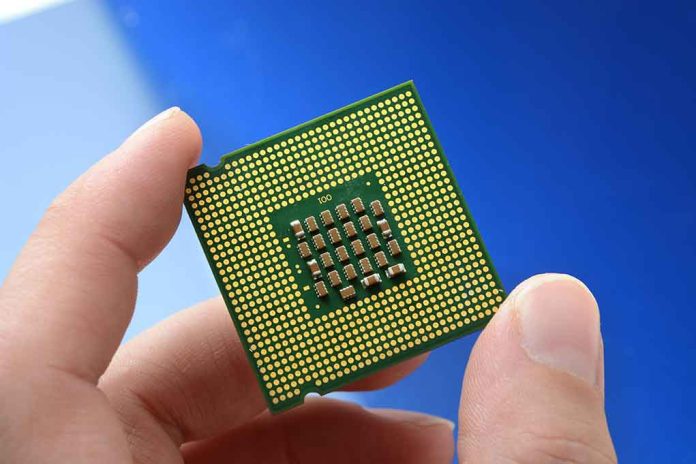 (USNewsBreak.com) – China often serves as a hefty thorn in America’s side. The nation is fiercely competitive on the economic stage, maintaining a stranglehold over several vital industries. The House introduced a new bipartisan bill to strengthen U.S. interests by funding production, manufacturing, research, and development on home soil. Unfortunately, the critical legislation remains stalled without a vote after several months.

The US Innovation and Competition Act (USICA)

In June, the Senate voted 68-32 to pass the U.S. Innovation and Competition Act (USICA). This result allowed the bipartisan China bill to move onto the House, where it currently sits untouched.

If it progresses, the legislation will provide $190 billion for technology investment and research. It allows another $54 billion for US-led efforts to research and produce semiconductors and telecommunications equipment, an industry in which China maintains a near-monopoly.

The goal of USICA is first and foremost to render the US more competitive on the global industrial stage. However, supporters also believe it will lessen the impact of ongoing supply chain issues. Right now, too few computer chips are making their way into the US as Chinese manufacturers are struggling to produce goods, causing chaos across multiple industries. The new USICA could decrease the strain.

The Problem in the House and More Work in the Senate

House members have not yet taken up the bill. Several individuals have indicated a desire to write their own version after taking issue with USICA’s language. Specifically, more progressive members opposed what they see as anti-China phrasing.

Representatives did create the Ensuring American Global Leadership and Engagement Act (EAGLE) in July. It included provisions for other Democratic priorities, such as climate change, and contained a much narrower scope than the USICA. It failed to progress out of committee after Republican opposition.

In the meantime, some senators are taking parts of the USICA and inserting them into other bills in an effort to see movement on the much-needed provisions. Senate Majority Leader Chuck Schumer (D-NY) recently proposed adding text from the stalled bill into the National Defense Authorization Act (NDAA).

The NDAA is an annual defense policy bill that the House cannot delay passing. Schumer hopes that taking this path will push the bill along, allowing for resolution by the end of 2021.

Some detractors worry that passing USICA might have unintended consequences. On November 15, Chinese Foreign Minister spokesperson Zhao Lijian called the bill inaccurate, claiming it was steeped in Cold War-era sentiment. He says Chinese officials oppose the bill. According to a recent Reuters exclusive, unnamed sources say the Chinese government is actively pushing US companies, executives, and business organizations to fight the legislation.

The future of the USICA remains unclear. Congressional Democrats can’t seem to get on the same page, which is unsurprising in light of recent spending bill issues. Yet, the Left currently holds a majority in both houses. Is infighting really to blame here, or are there more significant issues at play?