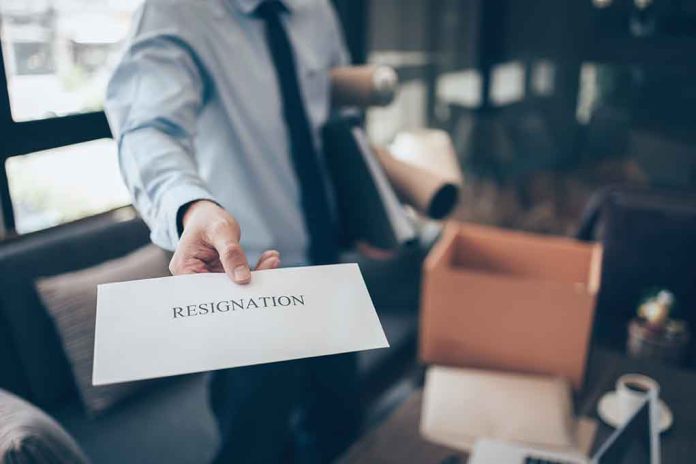 (USNewsBreak.com) – Former General John R. Allen resigned in a letter to the Board of Trustees of the Brookings Institution on June 12. His leave from the group comes after accusations that he lied during an FBI probe. Allen, who hasn’t admitted to any wrongdoing, was already on administrative leave from Brookings after the allegations came to light on June 8.

Court documents showed Allen stands accused of being untruthful with FBI agents during an investigation. The probe comes in light of his alleged attempt to illegally influence US foreign policy on behalf of Qatar; authorities accuse him of withholding documents as well.

A search warrant shows agents have evidence of Foreign Agents Registration Act violations and that Allen misrepresented himself by not disclosing he was working on business deals with Qatar’s government. They also allege the evidence shows Allen gave false accounts to agents and refused to provide complete documentation when asked by a grand jury subpoena. Officials took the warrant application off the docket shortly after the Associated Press (AP) asked about it.

Allen refuted the claims and said previously he’s never been a Qatar agent. He maintains his work in the region was to prevent war. His spokesperson, Beau Phillips, told the AP that the general willingly worked with the agents.