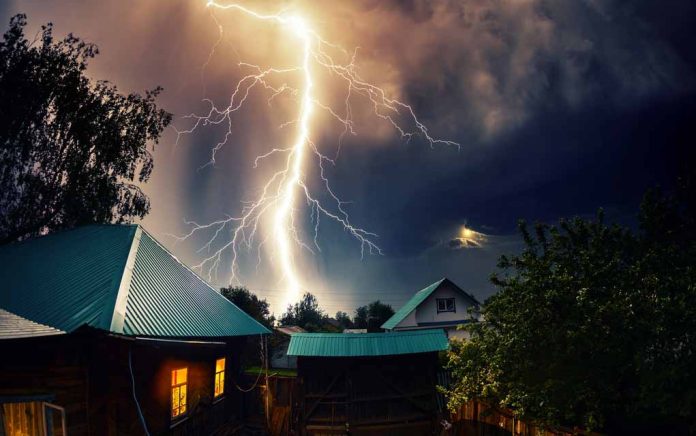 (USNewsBreak.com) – A community is in mourning after a freak event took the life of Nicole Tedesco on August 18. She was picking up her children from school at Keeth Elementary in Winter Springs, Florida when a bolt of lightning took her life. Her 10-year-old daughter, Ava, and the family dog, Vito, also suffered injuries in the incident. The woman’s 8-year-old daughter, Gia, was unharmed.

Doctors treated Ava Tedesco at Arnold Palmer Hospital and released the next day to her father, Andrew Tedesco. Vito went to a vet clinic but is also back with his family.

The school had suspended dismissal due to the thunderstorm, but the Tedescos were already on their way home when lightning struck a tree in the park. According to a report from The Independent, Winter Springs Police Department Chief Matthew Tracht said authorities think the strike dissipated to the surrounding area where the victims were standing.

Witnesses began calling 911 immediately. Emergency personnel administered aid at the scene but were unable to save the mother’s life. The Orlando Sanford International Airport, where the victim’s husband works as a police officer, created a GoFundMe for the family. As of August 24, the effort had raised over $70,000.

Fatal lightning strikes are uncommon. In 2022, including this most recent tragedy, officials have reported a total of 14 deaths. Tedesco’s passing comes shortly after three people perished on August 4 following a deadly strike at Lafayette Square, near the White House.