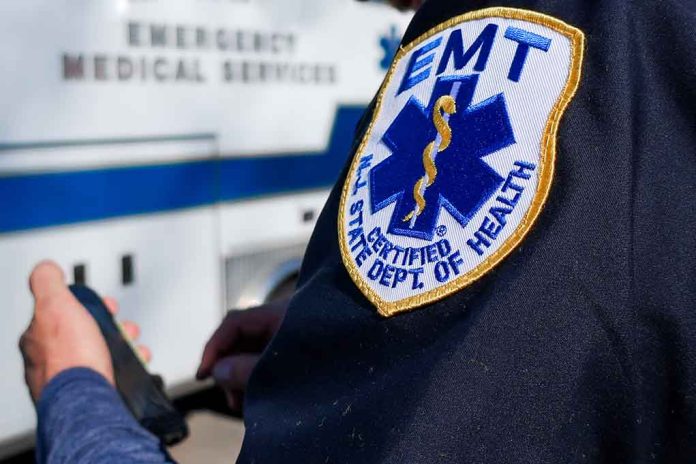 (USNewsBreak.com) – On August 29, police charged 24-year-old Kevin Hakeem Pressley with invasion of privacy, indecent assault, and other charges related to an incident involving a patient in his ambulance. A day earlier, the suspect allegedly took topless photos of a semi-conscious woman on a routine medical transport call. The young man hails from the Brookhaven area of West Philadelphia.

Pennsylvania EMT Arrested For Taking Pictures of Woman’s Breasts While She Was Incapacitated in Ambulance https://t.co/4Wgk2actzV

Pressley’s employment was through the Brookhaven Fire Company, but according to Fox 29, he had previously worked for other medical companies. They urge anyone else who may have been victimized to speak up.

Unfortunately, the Philadelphia incident isn’t unique. Police in New Hampshire charged a former EMT with drugging and abusing children back in May. A judge in Mississippi sentenced an ex-paramedic to a 40-year jail sentence for a string of sexual assaults occurring between 2016 and 2019 back in June. And in March, Police in California arrested an ambulance worker and charged him with allegedly taking advantage of a teen.

First responders have an incredible amount of responsibility to the people they serve. The public needs police, firefighters, and paramedics they can look up to, call when they need help, and trust with their lives. When a professional like Pressley breaks that sacred bond, it can have devastating consequences on the victim, leaving them to feel violated and betrayed.