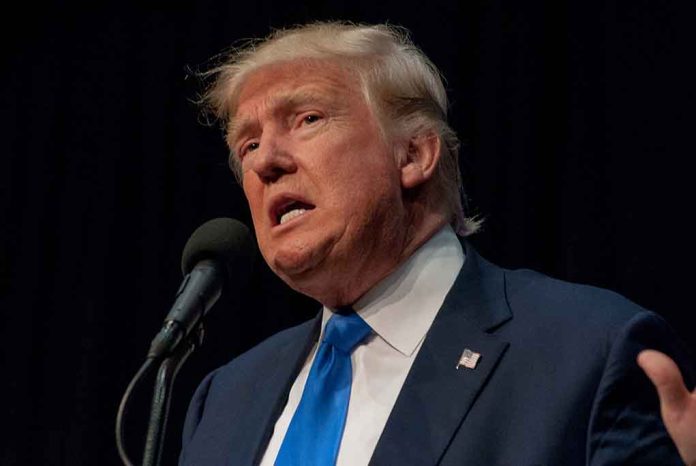 (USNewsBreak.com) – The Fourth Amendment to the US Constitution guarantees all citizens the right to security and protects against searches by law enforcement without probable cause. According to former President Donald Trump, the search on his Mar-a-Lago home violated this right. And now, he is taking legal action against the Department of Justice (DOJ).

On August 8, FBI agents conducted a search and seizure operation on the 45th president’s residence at Mar-a-Lago in Florida. The DOJ said this action resulted from an investigation into documents Trump took from the White House at the end of his presidency. The agency claims he had kept classified files in violation of federal law, which justified the raid.

On August 19, the former commander in chief said on Truth Social that he would file a motion with the court against the DOJ for violating his rights. He claimed the move was not only hurtful to him but to all Americans. The past president classified the operation as part of the “witch hunt” that’s been ongoing since his 2016 campaign.

Trump officially sued the government on Monday, August 22. His legal team claimed in the suit that the raid on Mar-a-Lago was a political move, as well as “shockingly aggressive.” In the suit, Trump also requests to have the seized documents reviewed by a special master before the DOJ can review them.

On the day of the raid, Trump wrote that the actions of the FBI represented a “dark” time for the US. He noted the unnecessary nature of the operation, saying he had always been cooperative with the DOJ and would have turned over anything they requested. The former leader called it a “weaponization of the justice system” and accused the Left of using the agency as a tool to keep him from running for office again in 2024. Trump also compared the whole situation to Watergate, asking if there was a real difference between the two situations. He summed up the operation as “political persecution.”

Various media outlets, government organizations, and other interested parties filed with the court to unseal the search warrant and related documents from the raid. The DOJ refused to release them, saying doing so would interfere with the ongoing investigation. Trump uploaded a post onto Truth Social, asking for the unsealing.

US Magistrate Judge Bruce E. Reinhart has already released the warrant, inventory list, and other related documents. Only the affidavit remains sealed, but in a written order on August 22, he directed the DOJ to return to court with a redacted copy by noon on August 25. The judge did recognize that the redaction may be so extensive, it could render the document useless. Still, there is hope that revealing it might show proof of why the raid happened and offer insight into the evidence the FBI had to move forward with the operation.

What do you think of the raid on Mar-a-Lago?