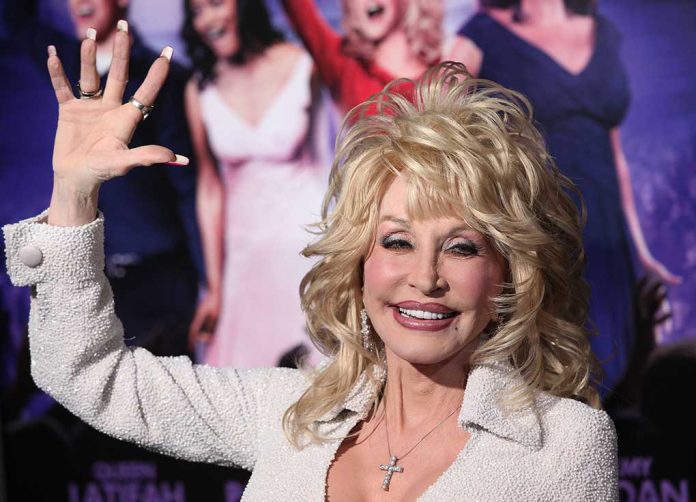 (USNewsBreak.com) – Most people know Dolly Parton for her brilliant talent as a singer and songwriter or for her signature blond bombshell looks. But under all that hair and makeup lies a heart of gold, and it hasn’t gone unnoticed. The 76-year-old just received $100 million from Jeff Bezos to further her charitable pursuits.

Dolly Parton awarded $100 million from Jeff Bezos to give to charities of her choice https://t.co/VCurHaQilM

For the second year, the Amazon executive chairman handed out the Courage and Civility Award. He chose Parton because of her giving nature and commitment to helping others. In a Tweet, Bezos said the country icon “leads with her heart.”

We’ve just announced a new Courage and Civility award recipient — @DollyParton, who leads with her heart, and will put this $100 million award to great use helping so many people. She joins prior awardees, @VanJones68 and @Chefjoseandres. Congrats, Dolly! pic.twitter.com/dzTuoGVp3G

In a November 12 Twitter post, the blond-haired songstress said, “I will do my best to do good things with this money.” She did not hint at where the donation might go, but she has plenty of philanthropic efforts that could benefit from the injection of funds.

Many of Parton’s causes focus on education. Her Dollywood Foundation, which she founded in 1988, helps children get proper schooling. It also includes the popular Imagination Library, which provides free books to children under 5 years old around the world. In addition, she just announced Dollywood is covering college tuition costs for its employees.

The country singer also likes to help the community. She created My People Fund to assist individuals who need to rebuild after natural disasters. She gave $1 million to support Monroe Carell Jr. Children’s Hospital and help COVID vaccine development in 2020. Parton, also an animal lover, has an eagle sanctuary at Dollywood.

Ultimately, the lucky recipient of Parton’s award is entirely up to her.