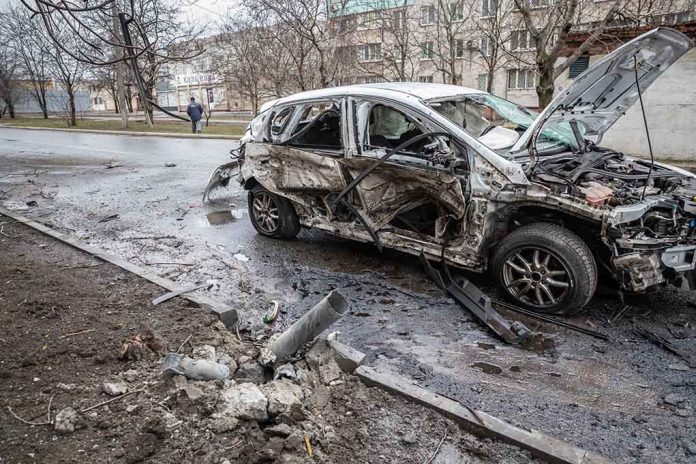 (USNewsBreak.com) – Somalia is a country in peril. It has reportedly been in constant war with al-Shabab, terrorists with al-Qaeda. An attack on October 29 reportedly impacted hundreds of people who were simply going about their lives.

The Attacks and the Aftermath

Two car bombings rocked Mogadishu, Somalia, during the busiest part of the day. The first blast was near the education ministry. As witnesses were reeling from the explosion, another occurred in front of a nearby restaurant. At least 120 people died, and over 300 suffered injuries from flying debris.

The excessive number of victims quickly overwhelmed local hospitals and medical facilities. AP News reported that witnesses said it was impossible to count how many people suffered harm because of the high number.

Due to the problems keeping up with care, President Hassan Sheikh Mohamud asked shortly after the attack for help from the international community. He encouraged other nations to send medical personnel to assist, explaining it was not possible to get the injured out of the country. He also noted the number of victims could rise as workers continued to clear the scenes.

The World Health Organization pledged its support on October 30. Within the nation, blood drives continued to help the wounded.

Devastating news. Our thoughts are with the people in #Somalia and we send our deepest condolences to the affected families. @WHO is ready to provide support to the government to treat the injured and provide trauma care to the victims. https://t.co/rb6xt0mAS2

President Mohamud called out al-Shabab on the day of the attack, AP News reported, saying he knew the group was responsible. The increased actions within the nation were a direct response of the terrorist organization to Mohamud taking office. When he came into power in May, he made his stance against terrorism and willingness to fight for freedom from these groups clear.

Al-Shabab later took credit for the devastating attack on Somalia’s people. The group said its target was the education ministry because it has been working on converting children out of the Muslim religion. The organization’s admission was partly due to the Somalian government stepping up its efforts to fight, going so far as to threaten the group’s financial backing.

The United States issued a statement on October 30, throwing support behind Somalia in fighting against extremists. In the statement, the US offered its “deepest condolences” to the country’s people and reiterated its commitment to fighting against “callous terrorist acts.

AP later reported that on November 1, the Treasury Department announced sanctions going after ISIL and al-Shabab members in Somalia and those it said have sold weapons to them. White House National Security Council spokesman John Kirby was quoted by the outlet saying the department is looking to “expose and disrupt” weapons traffickers and those working with them, along with an “affiliated business” working in between Somalia and Yemen.

The European Union also condemned al-Shabab’s attacks, and the United Nations spoke out in solidarity with the Somali people.