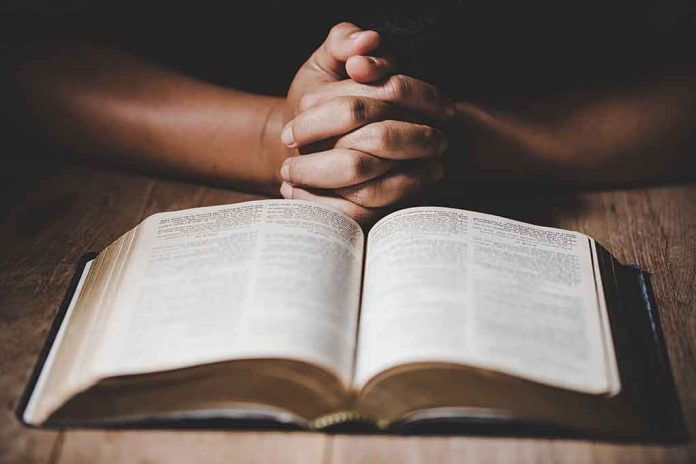 Are Christians About To Be OUTNUMBERED? – Stunning Data Revealed

(USNewsBreak.com) – The Pew Research Center released a study on September 13 predicting Christianity would become a minority religion in the United States by 2070. The researchers designed four model situations to help reveal what could happen with faith in the US over the next 50 years. The projections showed it is highly likely the Christian majority would shrink to only one-third of the population in that time.

The study estimated Christians currently comprise about 64% of the US population. People without any declared religion totaled around 30%, and other combined faiths equaled 6%. After running the scenarios, researchers suggested the mix would end up with Christians at 35%, undeclared at 34% to 52%, and others at 12% to 13% by 2070.

The hypothetical conditions created by the center used trends that have been relatively consistent since in the last few decades and considered birth, death, and immigration rates. They used various scenarios, including those where current trends stopped.

The four conditions were:

Despite the variables, researchers came to the same conclusion each time. The only potential for the continued loss of faith not to occur came if individuals stopped changing faiths right now, which researchers determined was not a logical scenario. They did say there is a possibility extreme events could change the projection and possibly draw more people to Christianity. Still, the consideration wasn’t a part of the study, so there were no results for it.

Reasons for the Shift

It’s believed that Christianity is losing members due to multiple factors. For instance, some individuals switch their religious affiliation for personal reasons is having an impact. Additionally, immigration plays a role as populations with different religious views are moving to the US.

Another major factor is members leaving the faith. This scenario is especially true among younger generations, which lean toward identifying as spiritual instead of adhering to a specific belief system, according to a study the Springtide Research Institute reported by The Wall Street Journal. In addition, the study points out that older people are more likely to label themselves Christians, and a natural loss of numbers occurs as they die.

Pew noted the findings are not indicative of whether individuals are abandoning religion altogether. The study only concerned how people identify themselves, meaning many may continue to observe and believe in the biblical tenets.

Is the Christian faith important to you? Do you think it will slowly lose US followers at the projected pace, or could it experience a revival before things get that dire?