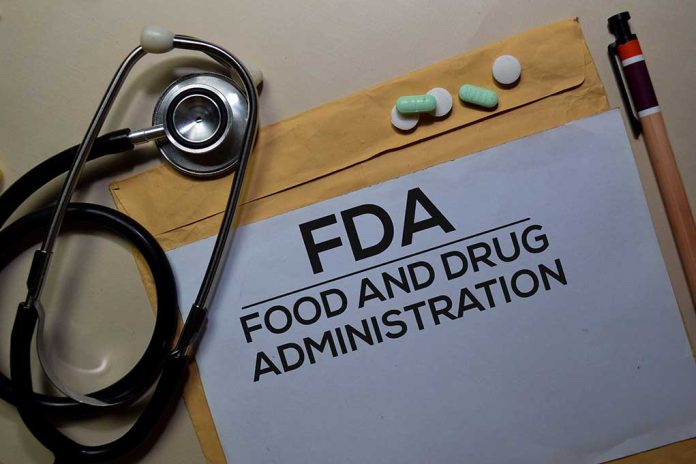 (USNewsBreak.com) – Tessalon is the brand name of a drug also known as benzonatate. An alternative to opioids, the medication works to relieve chronic coughs in people with certain medical conditions. Unfortunately, the drug looks like candy, and accidental ingestion by children is enough of a concern that the Food and Drug Administration (FDA) issued a warning to parents and caregivers all the way back in 2010. Now, the FDA has released a study suggesting a significant increase in inappropriate child exposure to the drug.

Poison control centers in the U.S. have seen an increase in reports of children ingesting a type of prescription cough medicine, according to a new study published by the FDA. https://t.co/frNXiBaB8j

On November 15, the American Academy of Pediatrics referenced an FDA study highlighting the dangers of benzonatate in children. Pfizer’s website states Tessalon is dangerous for kids under 10 and accidental ingestion is a real concern. A fact sheet for prescribers specifically lists a lack of data and testing in children under 10. The AAP report shows the bulk of poisonings from the drug happens in kids under 5.

According to the study, the FDA recorded a 158% rise in children unintentionally ingesting benzonatate over 8 years. Dr. Anthony Santella, an infectious disease specialist at the University of New Haven, was reported by the The Hill saying as little as one extra dose of a medication as powerful as Tessalon can send someone into seizures, convulsions, tremors, and worse. The study noted that the majority of cases reported didn’t involve serious adverse effects.

As the drug becomes more prevalent in medicine cabinets, the risk could increase. According to The Hill, Dr. Santella recommends home remedies for young kids, such as clear liquids for infants, with a little honey after a year old. Cough drops can come into play around age six. The FDA recommends discussing child healthcare options with a pediatrician.