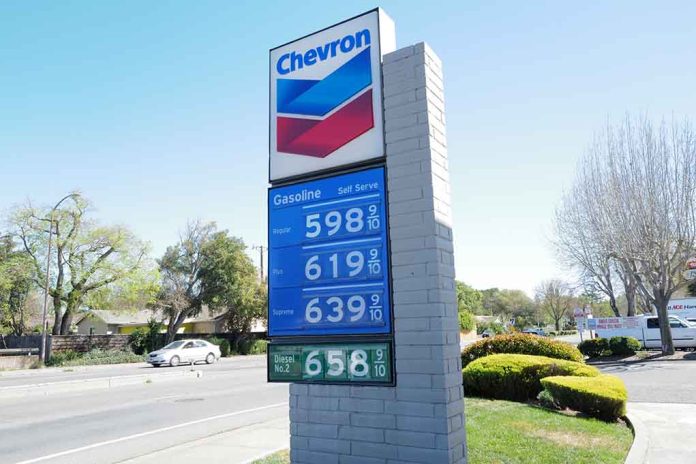 Biden BLEAK on Gas Prices – “As Long as it Takes…”

(USNewsBreak.com) – During a June 30 press conference, while attending the NATO Summit in Madrid, Spain, reporters asked President Joe Biden how long high gas costs would continue. His response was, “as long as it takes.” The president was referring to how long it will be until the Russia-Ukraine conflict ends.

President Joe Biden said there may be no end in sight for high gas prices in the US until Russia's invasion of Ukraine is thwarted.https://t.co/InOxjZialX

Biden explained the G7 allies are considering a cap on the money they pay for Russian oil. The US leader noted the West also provides insurance on Russian oil ships, and limiting that would reduce where the vessels could go. He feels the move could significantly lower oil prices.

The president has made some other attempts to bring Americans relief at the pumps in recent months. He ordered a release from the Strategic Petroleum Reserve and lifted some biofuel restrictions. But gas remained at an average of $4.80 a gallon as of July 5.

Biden has also blamed oil companies for putting profits over people and is considering new taxation on the corporations. Congress tried to pass a law lifting federal gas taxes, and the president put his support behind it, but the decision faced heavy resistance and isn’t likely to pass. The president encouraged states to lift their gas taxes as well.

Still, Biden continues to blame Russia for the high prices and wants to focus on stopping the Kremlin as a plan to bring down oil costs.

For Americans, the lack of a real solution from the White House means tightening budgets and paying the high costs at the pump. Coupled with inflation, the soaring gas prices mean most people could have to make tough decisions to ensure their paychecks stretch enough to cover the essentials.