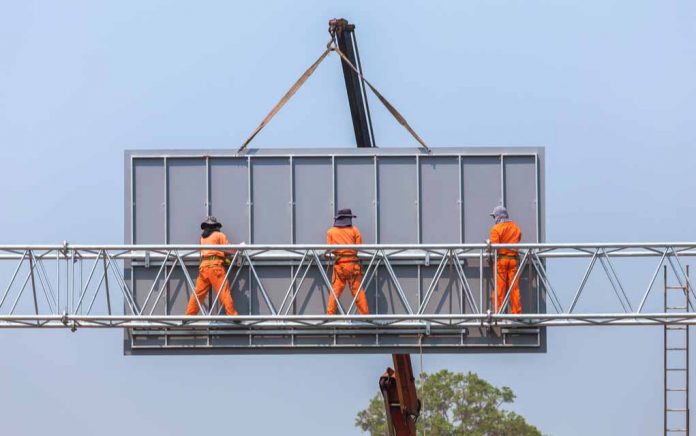 (USNewsBreak.com) – Abortion is a polarizing topic. While the procedure is legal at the federal level, many states set their own laws to either limit or allow it. Typically, Conservative or red states oppose the practice — but actions in one small Texas town have some questioning where their loyalties lie.

Abolish Abortion Texas (AATX), a Christian anti-abortion group, put up a billboard outside Boyd, Texas. It contained a straightforward message: “62 million dead and counting” with “IgnoreRoe.com” at the bottom in large lettering.

Upon visiting the website, visitors get a Christian perspective on the famous Roe v. Wade Supreme Court ruling. The explanation says the court ignored God’s word, and now, Texas should ignore the court’s ruling. It then goes on to say “federal courts are the problem” and won’t resolve the debate. The group spearheading the site believes the people need to refuse to comply with the Roe v Wade ruling in any form.

The billboard remained up only for one day.

‘Ignore Roe’ Billboard In Texas Removed After One Day Because Of Death Threats https://t.co/5wjLZRS9JK pic.twitter.com/6jeTkhxDN0

Nearby landowners began receiving death threats as soon as it went up; the advertising company removed it.

Pastor Jon Speed, the fund coordinator for AATX, said the sign’s removal indicates intolerance within the state. He noted there was nothing graphic on the ad, and asked whether the situation illustrates Texans’ inability to stand up for their believes in a supposed pro-life state. The pastor also called Conservatism in Texas “an illusion.”

Is Texas losing its conservative roots? Or is this situation more about people who didn’t want to deal with threats that could put them and their families at risk?