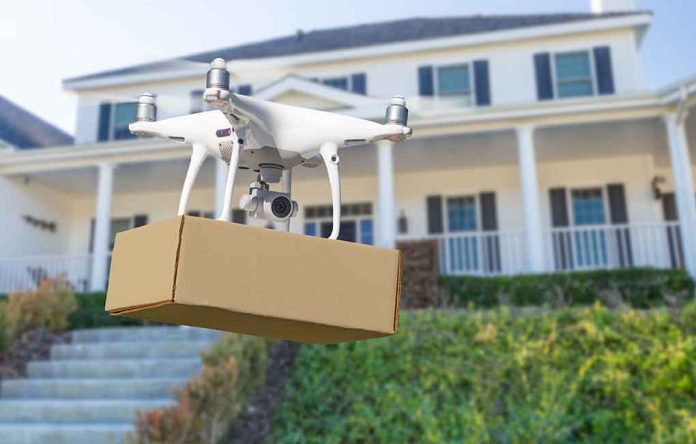 (USNewsBreak.com) – Amazon is known for its quick delivery practices, having orders arrive at its customers’ doors within two to three days of ordering. There have been rumblings of the company’s plans to use drones to drop packages within hours, speeding up the process. Now, it seems the unmanned vehicles have finally taken flight — in two cities, at least.

Amazon’s drone service, called Prime Air, has launched in two US cities: College Station, Texas; and Lockeford, California. This comes after nearly a decade of plotting out exactly how the process would work. The company’s aim is to deliver packages that weigh under 5 pounds within an hour’s time.

Amazon, known for its unique business practices, isn’t the first to offer drone delivery services. Walmart has also recently been offering drone delivery in some places, as well. Other companies, such as UPS and FedEx, are also moving in that direction, Fox Business reported.

Amazon is working with local officials and the Federal Aviation Administration to launch the devices without interfering with air traffic. It has also been working on plans to unveil a new drone by 2024 that’s quieter and can exceed the current 9-mile range.

Do you think drone delivery services will have a positive impact on the industry?